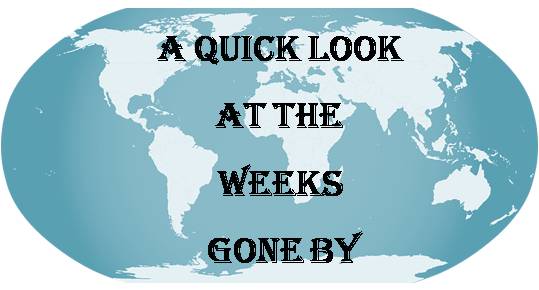 The last few weeks have witnessed three items hog most of the limelight on mainstream and social media. First it was the news of the surgical strikes and how two factions were supporting and flogging the government for boasting about the surgical strikes. Something that has not been the norm in the recent past. Then, the neighbouring country added to the speculation by denying that there was any surgical strike with various political parties throwing in their two cents. Whether the surgical strikes happened or did not happen I think a government should learn to respect the Army and its capabilities by not milking the valour of the brave soldiers for their benefit.

Next up was Donald Trump and the leaked tapes from a decade ago. One can always say that he or she is a changed person and what was said ten years ago may not hold weight currently. However, the content of those taped conversations is disgusting and a person who has said what was in the tapes cannot be in a position to make his country a great nation. The Make America Great Again slogan falls flat in the light of this revaluation. In less than four weeks we will know the outcome of this closely fought Presidential election. The Trump versus Clinton battle has lot more in store down to the wire.

As the weekend was drawing near the urban English speaking readers were in for a surprise when Pierce Brosnan featured on a full front page ad for Pan Bahar promoting something he may never have consumed. The only people concerned about this endorsement where those who do not consume the product because their very dear Pierce had let them down. What a world we live in? Non issues take up our time, energy and intellect when there are more pressing topics that deserve attention. In the end Brosnan and the ad agency won.

The last few months have seen the emergence of various media outlets, each one claiming to be different from the other. Few weeks ago we saw the launch of Factor Daily. The week gone by saw the launch of The Ken. Each outlet comprises some very smart storytellers. The Ken is particularly interesting because of the model they have adopted. They will publish one story every morning on weekdays. They are charging an inaugural annual fee of Rs 2750 for about 200+ stories that will be sent to the inbox of subscribers every morning at 8.30. I wish them well. I’m an early subscriber. But I’m not sure if the idea will have takers in the long term. Indians are not used to paying big money to consume media. Paywalls have not taken off in a big way on this part of the world. Only time will tell how this idea fared.

This column is about four topics in one place. Hope you enjoyed reading as much as I did writing. Enjoy the festive season ahead. My column next week will come from New York City.

Be the first to comment on "Of Pierce Brosnan, Donald Trump, Surgical Strikes and The Ken"