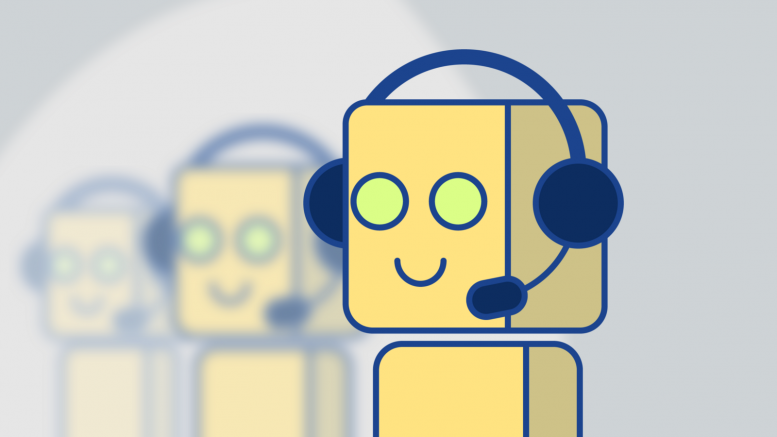 Recently, I was involved in designing a ‘bot’ in an official space, which got me thinking – the robot revolution is all around us. But, can we picture this ‘bot’ revolution?

We are definitely getting more and more engaged with robots. It is slowly and steadily – with artificial intelligence, infiltrating into our lives. So, it’s no surprise that a recent report predicts that robots will take over 800 million jobs by 2030, which would affect one-fifth of the global workforce. But, what do robots in the workplace actually look like today?

I had written earlier about friendly Sophia, the world’s first humanoid robot, who fascinated us when she paid a visit to India. What will it look like when robots take our jobs? The scene is clear at Amazon’s checkout-free supermarket in Seattle, where Amazon Go has opened its second staff-free, checkout-free store (this could mark the end of long queues at the supermarket, and the need for cashiers or supervisors!). There’s more about robots packing groceries. Ocado, a UK-based online grocery shopping delivery service, has started to use 1,100 robots to pack all of its grocery deliveries. And, they are definitely quicker than humans!

A la Tom Cruise, the world of cocktails has a fascination of its own. The world’s first bionic bartender, Makr Shakr, delights customers, and how! Drinkers use an app to order drinks as devised by a professional bartender. Or, they can also mix the perfect cocktail for you. First created in 2013, the latest version of the robot, called Nino, has two bionic arms which can shake cocktails! What’s more, the machine has since been installed on cruise liners and in bars on the Las Vegas strip, and can make up to 120 drinks an hour! Chinese robots have been cooking since 2006, outstripping humans. In March 2018, Flippy lasted only two days at a Caliburger restaurant in California, because its human colleagues could not keep up to the speed it maintained making burgers.

Then there is the caring robot. Pepper is a 4-foot tall robot, created by SoftBank. The friendly humanoid bot can understand 70-80% of spontaneous conversation by observing body language – facial expressions, and words. Pepper robots were first used for market research, interacting with customers on the shop floor of SoftBank’s mobile phone stores. Now they are popular in Japanese homes, and are used in care homes – to make residents exercise, as well as to monitor them at night. Thus in Japan, they are solving the Japanese ‘care’ crisis. We are aware that Japan has an acute care crisis – with a low birth rate and historically high life expectancy that have led to a huge “greying” problem (a large number of over-65s with a lack of younger people to look after them).

Then there are ‘cobots’.  ‘Cobots’ are robots intended to physically interact with humans in a shared workspace. Introduction of cobots, means there will be saving of time and money as well. Now, they are coming to automate the Indian banking sector! If cobots are able to adapt and cooperate with humans far more easily than old-fashioned robots can, then in the factories of the future, cobots could be added into the production line to perform a new task or to scale up production, quite easily.

And, that’s not the end. AI can spot children nodding off in classrooms! Artificially intelligent cameras with facial recognition have been installed in a Chinese school, in Beijing, which is a part of “smart classroom behaviour management system”. The ‘Big Brother’ strategy underscores how AI and facial recognition tools are increasingly being used in China for a host of tasks – from verifying funds and catching criminals to checking viewers at huge leisure occasions and clients at fast-food joints.

The ‘bot’ story is moving ahead in leaps and bounds!

Are Facebook and Google the new media barons? Technology turns a double-edged sword for journalism

Be the first to comment on "Picturing the ‘bot’ revolution"