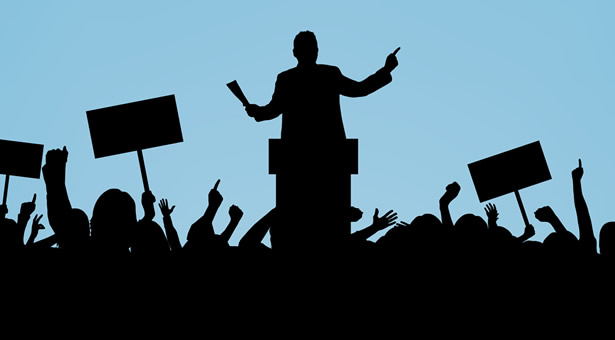 As the PNB fraud hit home last week in India and caused political ripples and shrill exchanges between the BJP on who caused the Rs 11,000-crore scam linked to luxury jeweller Nirav Modi, one question popped up in mind? Can APCO Worldwide handle this? Or is it already handling it behind the scenes somewhere? (Probably not!)

APCO is one company credited with the success of Prime Minister Narendra Modi’s ‘Vibrant Gujarat’ summit while tongues wag that its brief went beyond this and cleaned up his image in the wake of the Gujarat riots of 2002 in which his critics accused Modi, then the chief minister of the state, of wilful complicity.

The truth is that it is difficult for public relations firms or advertising agencies to cross a certain line in building up political parties or figures. For one, politicians are themselves in a business that is largely about public relations and image building and may not need much help from outside. Secondly, political parties or personalities do not shy away from direct attacks amounting to slander – something that professional reputation builders cannot do easily.

In the world of corporate reputation building, positive claims are often made on products, services or companies, but even comparative advertising in which a brand or product shows itself to be better than its competitor is rare. Negative stuff can be whispered off-the-record to media persons or by innuendo (say, using the colour motif of a rival’s logo). Direct slander or even outstretched claims are considered unprofessional and may attract punitive action from regulatory bodies such as the Advertising Standards Council of India.

Doing PR for a political party or personality is a far more difficult job, and APCO is one of those rare lobbying-meets-PR outfits that managed to pull it off. But even such an act has limited value. It was clear last week that such a mandate is difficult to execute in a world where WhatsApp messages, jokes, video memes, patently exaggerated allegations and such can do the rounds and influence public opinion.

No wonder then parties like BJP, Congress and the Aam Aadmi Party have dedicated social media cells or spokespersons who can do ‘in-house’ some of the stuff that can simply not be outsourced.

It became clear last week that a scamster with a surname like ‘Modi’ can be potent ammunition for the opposition, especially when he is photographed with the PM at the World Economic Forum in Davos. It became worse when WhatsApp videos showed Mehul Choksi of Gitanjali Gems, who is Nirav Modi’s uncle, being addressed as ‘Mehul bhai’ by the PM at a function.

The BJP moved to contain the damage by pointing out that the scam began under the Congress-led UPA in 2011 and that Congress spokesman Abhishek Manu Sanghvi’s wife was a stakeholder in a company that had rented out a property to Nirav Modi.

The simple fact is that some kind of mud sticks and the other does not, and social media seems to have a ‘wisdom of the crowd’ of its own.

I would love to see how professional PR firms handle a crisis like this.

Some shady PR firms do carry out whisper campaigns. There were times when the corporate communications manager of one famous cola brand would hand out stories against a multinational rival to reporters, and to some I believe, in an envelope. Smart reporters would not bite such stuff but the truly smart ones can turn some of that into raw material for a more balanced story because these planted stories are not entirely without substance.

The dark fact is that within the reputation management business, some acquire dubious fame as tricksters and manipulators, while others are more transparently professional. Anybody touching a political client needs to note that unlike corporate clients, they carry hidden price tags and risks. The reputation of the reputation manager can itself suffer more if a political campaign bombs. Or get hurt where a PR professional straddles that uneasy space between media and politics. Remember Nira Radia? Instead of managing news, she became the news for all the wrong reasons. APCO has been criticised despite its discreet approach. An in-your-face style can carry higher risks.

Fixing, lobbying and public relations can have overlapping functions, but it is important to know where one stands in the minefield. It is a war out there.