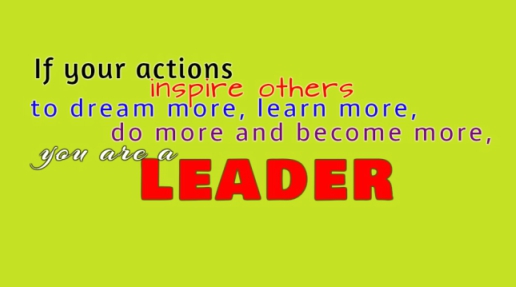 For those who organise events that include speakers there is always a sword hanging about a speaker pulling out at the last moment. Many of us in Public Relations would have experienced this during one event or the other. I have always worked with Plan, B, C and D but there are times when none of the plans work. Fortunately, at PRAXIS we work with over two dozen speakers and also line up some of the speakers for the following year who come in handy when there is a last minute pull out.

Well, there are a few business leaders I have had the pleasure of listening to, hearing about, interacting with and observing closely. One of them is a gentleman who I have seen on couple of occasions but briefly met for the first time in 2015 and later had the opportunity to invite him to one of the conclaves I organise annually which is where he made a lasting impression. I have been engaging with his company separately as they have been a committed partner to couple of platforms I organise.

I’m sure the company is so large and supports several platforms that this gentleman would not have a tab on every initiative the company partners with. Mind you, the company had a revenue of Rs 3000 crore last year and is valued at close to Rs 13,000 crore. For a company that size the things people like me or my partners do is inconsequential. Well, that is what one would think!

In the last year I have been able to support the creation of a unique property called Knowledge Factory, which is curated by veteran journalist Madhavan Narayanan. Madhavan had a dream to build a platform that brings together intelligent people who can learn new things from each other and thus this event was born. The first edition took place in 2017 in New Delhi and the second was slated for February 9th in Mumbai. It is a power-packed set of eight back-to-back high intensity sessions like a gym for the mind with topics ranging from Terrorism to Theatre to Storytelling to Leadership and much more.

The only speaker we were repeating from the previous edition was the one for the Leadership session. Well, as luck would have it he had to pull out at the last minute for health reasons as he was to fly from Bangalore. This happened on the 6th with just two full days left between this news and the actual event. Well, Madhavan began to mine his two hundred thousand followers to figure out who he could tap into at the last moment. Remember, this session needed someone of the stature of a CEO who would do justice to fireside chat on Leadership – one who leads by example. And there are CEOs with large egos who would not appreciate being invited as a replacement 48 hours before the actual event. Well, Madhavan reached out to three in quick succession. All big names. One tentatively agreed and then had to regret. One was obviously not very thrilled to be pulled in at the nth hour but one agreed despite having other commitments because for him this was a way of paying it forward and helping out a situation that he knew the organisers were scrambling to get out of. There were no airs and no ego at play. Only goodwill and good vibes.

On D Day he walked in bang on time, went to stage with complete humility and simplicity, spoke from the heart, captured the imagination of the audience with his honest take on leadership and left a lasting impression on the organisers for a long long time. And the best part was the event is run like a credible magazine where content and partners are managed independently. So, Madhavan the curator did not even realise that Roshan the marketer had signed up Viacom 18 as one of the sponsors. Neither did this gentleman know before hand that his company was a sponsor. This also happened with one speaker in the first edition.

Well, the world would be a better place if every leader thought and behaved like this gentleman. I rarely write an entire column dedicated to one person. This is that rare occasion. I feel privileged to write this about Raj Nayak of Viacom 18. He did something very few would do. Step in to help a friend who was in a helpless situation. And do it with grace.

Be the first to comment on "A leader, a gentleman and the man of the moment"

Communication during the humanitarian crisis

No News is Good News