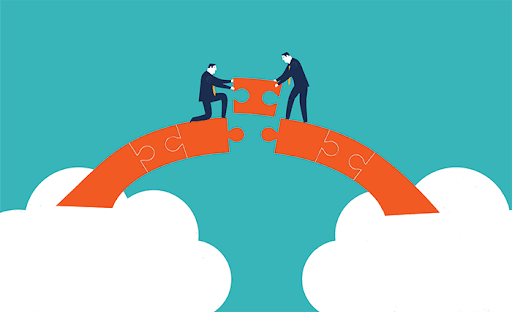 My friend has been sending me greetings on my birthday and anniversary every year since I have known him. The pre-digital era used to be printed cards, and now e-cards. Not a single year has he missed the two milestones. Not a day early or a day late. Curious, I asked him how does he do it and why?

He had an interesting story to tell. He picked up this habit when he was in high school. On a train journey, he met an elderly gentleman who showed him a dairy he had diligently maintained with his family and friends’ birthdays and anniversaries. He had been sending greetings to all on their special day without a miss for the last 20 years.

My friend said he liked the thought, and since then, he has been doing it too. I am a recipient of his greetings for more than 25 years now! As our family expands, he conscientiously adds new members too.

We all understand the importance of networking and relationships. Some of these are in the professional sphere, and some are personal. We tend to evolve our own Dos and Don’ts and have expectations or outcomes from it. How often is it self-less? How often we say, I want to keep in touch with people because I am passionate about it. I don’t expect any reciprocation.

In this world of “mutual appreciation for mutual benefit”, it is challenging to be self-less. My friend says people often don’t believe him when he says he does it because he wants to and does not expect anything in return. It is normal to ascribe some objective or motive linked to a benefit behind every action. If one says they are doing something for years without seeking anything return simply because they want to do it, it seems unnatural. Often, we fail to appreciate the motiveless passion.

It also highlights the importance of being meticulous and committed. Passion without commitment and sincere efforts remains passion on paper. It is vital to back intent with action. In networking and relationship building, one needs to put efforts to be consistent, continuous and wholehearted.

Power of the universe

My friend says this habit inculcated over the years has made him believe his universe is large. It is comforting and reassuring. In daily transactional life, we often miss out on the big picture, he said. An important lesson I learnt was, we fail to recognise that just reaching out to people or touching their life in one way or the other is hugely gratifying. Stop internalising why I should do it, how the other person will see it, or what I get in return. Be it a professional relationship or a personal one, do it because you want to do it without expecting anything in return. For once, step out of the quid pro quo world and reach out to people without riders and returns.

Be the first to comment on "Relationships sans Riders and Rewards"

Learnings from the IAA World Congress in Kochi

The perfect 10: My journey of 10 years as a PR entrepreneur