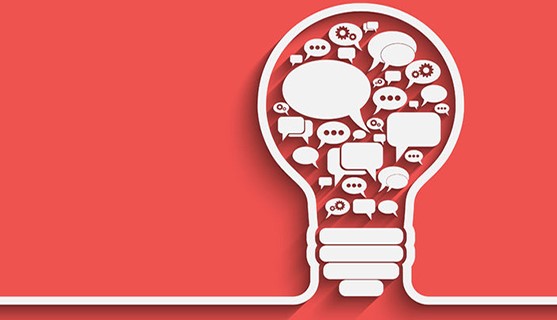 Imagine for a moment that you are an arms manufacturer, and you are looking for a job. As is with any career progressing move, one would sit down and make a resume’ or a curriculum vitae, add a cover letter and send out missives to the specific people who are in the arms race or deal with armaments and weapons. This is exactly what the polymath Leonardo da Vinci, did in 1482. He was 30 years old and wanted to find new opportunities of earning a livelihood. His letter and a list of his capabilities that he sent to Ludovico il Moro, Duke of Milan, has come to be known as the first resume in recorded history. The opening lines were as follows –

“Most Illustrious Lord, Having now sufficiently considered the specimens of all those who proclaim themselves skilled contrivers of instruments of war, and that the invention and operation of the said instruments are nothing different from those in common use: I shall endeavour, without prejudice to any one else, to explain myself to your Excellency, showing your Lordship my secret, and then offering them to your best pleasure and approbation to work with effect at opportune moments on all those things which, in part, shall be briefly noted below.”

The letter goes on in very descriptive tones to paint a vivid picture of siege engines, bombardments, mortars, trench-draining and bridges, designed with the specific aim of defeating the enemy.

Bear in mind that by this time, da Vinci, had painted the altarpiece for the Chapel of St Bernard, one of his many celebrated works, but he makes no mention of this in the letter nor does he mention his prior employment in artist Andrea di Cione’s studio or the previous mortars and bombs he has built. The most important aspect of this is that he does none of listing his previous achievements, because those would be about him and not the Duke’s needs.

That is the very essence of scientific communication, the message needs to be delivered to address the needs rather than be a note of achievements. This is more important in times of crisis and disaster mitigation, a scenario that is more prominent in the times of Covid-19. An often neglected aspect of social development is that when science thrives, society advances. In today’s connected and interconnected world << see previous articles>> science is increasingly interdisciplinary and the ability to communicate more effectively across disciplines fosters collaboration and innovation and more importantly the well being of society. This becomes more important in the “build back better” phase of rebuilding in the aftermath of a crisis or a disaster. As we live through these COVID times and long for a semblance of normalcy, we are deluged by the mockery of governance, misinformation, misconceptions and a horrendous quantity of fake news that clutter healthy social debate.

As I write this, I am interrupted by a message from my friend that calls for a voluntary lockdown, the message goes on to say “I am thinking that even if government doesn’t announce a lockdown, it might be better to observe some self imposed lockdown.” Now this message comes from a friend who has read an article in the Lancet (a very respected medical journal) that points out -“droplet measures” such as hand-washing and surface cleaning, while important, should be given less emphasis than airborne measures, which deal with inhalation of infectious particles suspended in the air. A simplified version is to say – “WEAR A MASK” while you continue good hygiene.

This leads to three large points of scientific communication and well-being.

In the late part of 2019 and more so in the beginning of 2020, one need arose about science –  ‘science is a human right’. In a fractured society that we have largely brought about on ourselves rights are misplaced and science will fall rather down the list probably below equality, freedom from poverty, freedom of expression and freedom of assembly. And yet, we increasingly find ourselves in the midst of so many problems where scientific knowledge might offer solace — and more importantly understanding science also may help us avoid more of the problems. We can no longer sit back and consider science communication as an academic and professional activity with government support that waxes and wanes. Communicating Science should become a call that communication is a form of activism. The goal of science communication should be education, sharing the creation of knowledge and yet remain true that science communication is about addressing items of concern—health, climate, environment, technology.

Be the first to comment on "Science and communication"

Leverage your employee as your brand ambassador