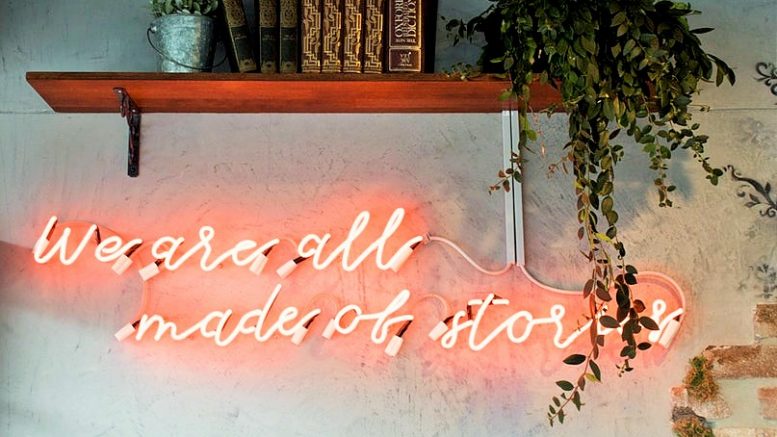 In a world where Tinder, Bumble, and the likes are the mediums of choice to find romance, friendship and even to broaden your work network, it is apparent that technology has brought with it instant gratification and easy dispensability. What does this have to do with brands and storytelling, you may ask? With storytelling embedded in our genes, practiced and used as a form of communication and knowledge sharing over centuries, it has fast become one of the only human elements we are consistently exposed to. Humanity is now an asset, and what better way to covet this asset than to connect with other humans over a story or two?

Speak Up, Don’t Talk Down

Brand communications is not about sitting on your lofty seat and telling the public that you know best, manufacture best, and therefore are the best. While your products and services matter in terms of their quality, pricing and the edge you have over others in your industry, these are all details and factors that consumers are made aware of through routine advertisements, especially on social media and through other means like push notification ads and Google Search ads. With TVCs, blogs, featured articles and other branded content, it’s possible to go a step further and really give your brand a voice of its own to ultimately connect with the audience on a deeper, more humane level.

An especially enlightened illustration of this is the Bold is Beautiful series by Anouk from Myntra. While you would expect clothing and fashion to take the centre stage here, Anouk chooses to talk about the people they are dressing. From a same sex couple getting ready and gearing up to meet the parents to a pregnant woman who refuses to end her career because other people make her feel biologically inadequate, these tales not only reassure viewers and consumers that their everyday stories are recognised and even celebrated, they also ensure that as a brand with a wide reach and influence, they use their power to spread positivity and encourage a mindset change. There is nothing more refreshing than those in a position of influence living up to Uncle Ben’s wisdom to his superhero nephew – with great power comes great responsibility.

While you can harp on about the superior quality of your product, whether it is RO purified, extensively-tested water or potato chips free of trans-fat, there’s only so much your consumers can and will remember. The first step is of course expert opinions and featured write-ups about your brand, adding credibility to your claims straight from the mouths of the wise and reputed. However, making an impact and leaving a mark matter just as much. So, along with attempting to add scientific and academic credibility, remember that you also need to tell a story to illustrate your point.

Even if this is metaphorical in nature. Humans love metaphors. It gives us a way to connect the larger picture with the smaller aspects of our everyday lives. It gives us an abstract way to relate to the mundane, thus increasing brand recall. Not just this, storytelling also helps brands reflect their values and ideology. Kinley, the mineral water brand, executed this to perfection. With their #givetruthachance campaign, they represented not just the importance of telling the truth, but also the wholesome feeling that accompanies honesty. In the ad that went viral, a series of sketches show us characters owning up to mistakes they have made or untruths they have told, and being greeted with a surprising degree of understanding and empathy, thereby showing that honesty is in fact the best policy. How does this connect with packaged drinking water? Enter, Kinley’s simple yet elegant tagline – “boondh boondh mein sacchai”. Literally, crystal clear.

Today it isn’t enough to have a customer base, brands now want and are often successful in creating “tribes”. Yes, that’s how far brand communication and growth have come. Growing your customer base purely by virtue of the features you offer or competitive pricing and frequent discounts, may help in the short term, but another brand can catch up anytime, and your customers could easily be converted if all they rely on are dry products and services. Apple has most certainly surpassed any other company in creating their own tribe. The Apply v/s Android debate can reach dizzying heights, almost comparable to heated political debates!

To better understand how storytelling has been a pillar of Apple’s (sometimes obsessive) customer loyalty, take the example of the brand’s very first ad for Macintosh released in 1984. It is only fitting that Apple focused on a concept from a legendary dystopian storyteller, George Orwell, titling its ad 1984. Not just this, the brand employed the talents of none other than hugely successful filmmaker Ridley Scott to actually execute the ad. Great minds of storytelling coming together. That’s not even the full picture though. The ad basically represented PC users as mindless, unimaginative humans in a herd, no one standing out from the rest, and all taking directions from a character just like Big Brother in the novel 1984. In all of this, one Mac user stood out from the crowd, a woman like no other who aspires to heroically smash the screen on which Big Brother is giving his fascist sermon. The ad ends with the following text:

Apple could not have been more on point. The brand used the art of storytelling to:

Just as literature, cinema and pop culture have started revolutions and brought about widespread change, storytelling for brands can be that magic switch that transforms you from a manufacturer or service provider into an entity.

Back to Basics: Seven Phases of a PR Campaign

Why should PR/Corporate Communications practitioners wear clients’ shoes before advising?