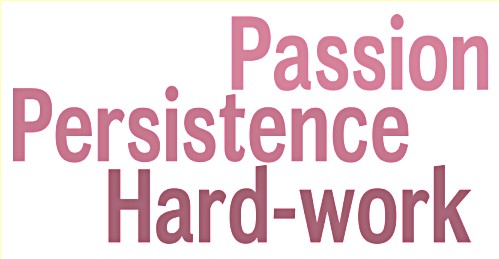 In my close to fifteen years in Public Relations I have met tens and hundreds of fellow professionals. Some come and go and some leave a lasting impression. I am going to write about two such people who made news last week.

When the Cannes Lions introduced the PR category close to a decade ago they ensured they had an Indian in the jury and they have had one every year ever since, starting with Prema Sagar in 2009, Nandita Lakshmanan in 2010, Veena Gidwani in 2011, Sunil Gautam in 2012, Dilip Cherian in 2013,  Radhika Shapoorjee in 2014, Paresh Chaudhry in 2015 and Valerie Pinto in 2016.

2017 will be the first time there is no Indian on the jury but a leading Indian PR professional has been chosen on the Innovation jury, which is a very prestigious category. Her name is Amrit Ahuja and she has spent close to two decades in one job. She is currently the Managing Director of 2020MSL. She has mentored and nurtured several men and women in the communications business who have gone on to hold leading positions in various companies.

The other gentleman is the young and suave Kunal Kishore Sinha who prefers to go by the first two third of his name. I have not seen a more driven and ambitious young founder than Kunal in his age group. There are few under 30 or over 40 but he is in between. While several Indian companies have sold out and raked in a few million dollars, Kunal chose to create a second brand in partnership with an international firm which had a tiny presence in India. Thus was born Value 360 Lewis in addition to the Value 360 brand that is driven by Kunal’s co-founders Gaurav Patra and Manisha Chaudhry.

Both the professionals mentioned above are passionate and persistent and have helped take the Indian flag overseas in different ways. I wish today’s generation of professionals gets to interact with both Amrit and Kunal and learn from them. You may be wondering why I have tagged both these individuals in one column. The answer is three-fold. They are generally low profile, unsung heroes. They were both in the news last week and I have seen them closely for the last four years and to appreciate their tenacity.

In other news, I think we had a good conclave in Mumbai last week where over 125 senior professionals came together to learn from six leading CEOs on various aspects of reputation. We are gearing for the next conclave in Bangalore on the 20th of April. And a lot of planning is going into creating a segment of PRAXIS that is free and open to all. More about that in the weeks ahead…