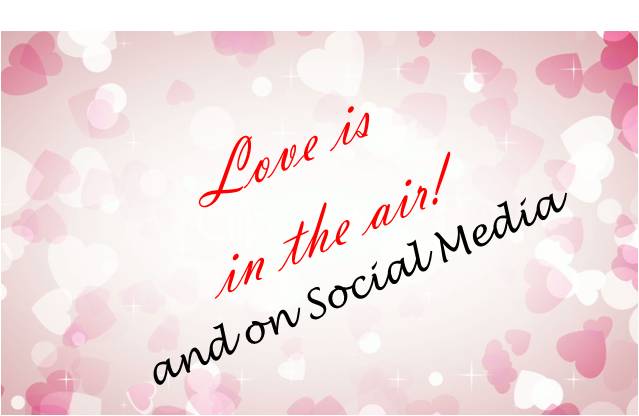 We had everything revolving around Valentine; the frenzy and excitement, kicked off a week earlier. Incidentally, there is also anti-Valentine’s Week (for those who are in no mood to celebrate Valentine’s Day), which begins from the day after Valentine’s Day and ends with Breakup Day!

Now to say the least, brands got piggybacking on this event. We have always associated cards, roses, chocolates, ice-creams and gifts galore with this occasion. This time round too, it did keep us totally engaged. Predictably, Archies announced the perfect Valentine’s Week with Archies Online, inviting people to buy Valentine gifts online. Kwality Walls Cornetto was all geared up to sweeten your day of love, as they launched the new Red Velvet Cornetto for the occasion.  Cadbury, which is remembered for its endearing ad campaigns, released a digital film, #SayItWithSilk, for Valentine’s Day, and also unveiled a special packaging for Dairy Milk Silk (The pack comes with a message column where one can express love with a message!).

Celebrations normally rule on this day. To mark the holiday and celebrate, L’Oréal Paris’, the #1 global beauty brand launched a Valentine’s Day-themed Snapchat lens available exclusively on that day. It’s a “fantastic February” observed Hyundai, for this Feb you can avail of great deals. Fitbit advised – Let love move you. Nivea’s campaign which was a part of the brand’s Lips’ Best Friend Forever (BFF) communication celebrates the special bond between BFFs. In the digital film, Parineeti Chopra makes a special vow for her bestie.

Let us not forget the animal world, which was also roped in to join the Valentine brigade. In Simla, PETA’s Valentine angel handed out roses and encouraged people and tourists to try vegan food. In fact, as a routine, every year, PETA encourages people to show love for animals by eating only vegetarian food on Valentine’s Day (and every day too!).There was an appeal by another NGO too, to adopt pets, who are on the lookout for their Valentine!

Apart from love, gifting is also highlighted at this time. And, of course, diamonds and jewellery are in focus when one thinks of gifts. Going the extra mile is Tanishq, with its Valentine’s Day campaign, encouraging people to celebrate love with anyone and everyone, pushing its consumers to be their own Valentine. CaratLane launched #EveryDayLove, a special Valentine’s Day campaign showcasing new-age relationships.

Love is all about crossing barriers. Something that we were reminded of when Closeup exposed #BreakTheBarrier, an initiative which urged its consumers to ‘Break the Barrier’ and be a part of Closeup’s Valentine’s Day contest.  Love ruled in Oppo’s ad film for launching the F1s smartphone, which had the celeb couple Bipasha Basu and Karan Singh Grover. Spreading love and the joy of gifting, Samsung India announced a ‘Bundle of love’ with special offers.

Storytelling also found a slot in this love saga. Stories were unfurled – of personal escapades. Vodafone, organised a unique #SuperCouple contest in Kolkata, where couples were invited to participate in the contest, share their Super Couple Story and place it on the Wish Tree. Wooing in style, you would say. Reliance Jio was seen wooing its rivals Bharti Airtel, Vodafone, and Idea Cellular, via a Valentine’s Day wish on Twitter. The tweet, “Dear @airtelindia, @VodafoneIN, @ideacellular, Happy Valentine’s Day. #WithLoveFromJio,” received more than 5,000 likes and was retweeted over 3,800 times. Jio’s V-Day message for these companies came as a surprise! The Airtel response was: “Same feels @reliancejio! After all #HarEkFriendZarooriHotaHai.” Vodafone and Idea Cellular followed suit. The V-Day tweet by Jio came as a welcome change!

On a different note, it was pointed out that to recognise the true spirit of Valentine’s Day 2017, it is important to say and do things for those we love – our parents, who, without a doubt, are our favourite Valentines, forever! We know nothing will please them more than heartfelt messages from their children, reminding them of how precious they are…

Some V-tracking, with brands joining in the fun times!

From Kolaveri to Kiki: Creativity and interactivity usher in digital-age media power

Brands are in competition, not at war. Sometimes, love for a rival can go a long way