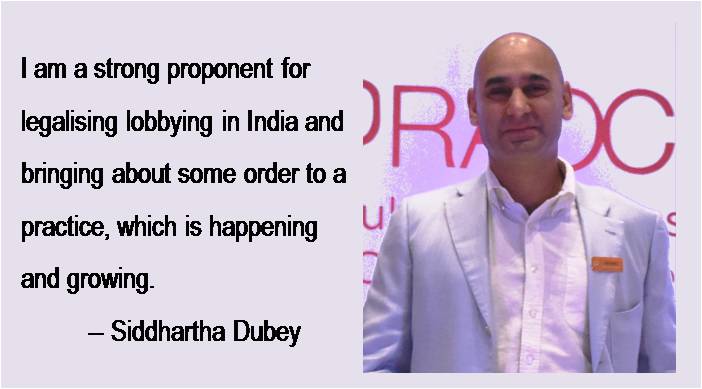 Lobbying in India is for the large part ‘frowned upon’. It exists mind you … and in some industries thrives and plays an important role in decision and deal making. But lobbying or advocacy as its referred to in India has no ‘official’ role and those who help broker deals work outside of the official government/corporate ‘system’. However, brokering is crucial to outcome and more than often plays a role in educating lawmakers and government officials on a range of issues they have to decide upon.

Puneet Ahluwalia at The Livingston Group in Washington D.C. says the three most important qualities in lobbying are building relationships, loyalty and trust. No client will pay you a dime if he/she does not trust you or have confidence that you have the organisation’s best interests in mind – always.  Puneet believes India’s fast-paced economic growth coupled with massive requirements of everything from modernised ports, defence equipment and IT systems makes the need for organised and transparent mission-oriented lobbying all the more necessary.

Despite the many pro-business initiatives put forward by the Narendra Modi administration India is still a tough place to do business and for some American firms even a tough sell. Many folks are still not sure about India and wary about the infamous red tape, which surrounds the business of doing business.

Lobbying is all about relationships and sticking by relationships, which promise a future. A small fray community organiser and fundraiser could very well be a future president or Prime Minister some decades down the line. Good examples to use in the world’s two biggest democracies.

Despite being frowned upon in many capital cities lobbying brings about far more good than bad. Health is perhaps the best example where efforts by NGOs, individuals and professional PR firms organised anti polio and tobacco efforts with spectacular success.

On the other side, few multi-billion dollar business deals can be done without professional lobbyists. The problem is when ‘un-professional’ middlemen or women enter the fray, which often leads to corruption and exchange of money for out-of-turn favors.

I am a strong proponent for legalising lobbying in India and bringing about some order to an industry, which is happening and growing. The class I conduct with graduate students looking to enter the PR/communications profession looks at advocacy/lobbying as a strategy, which provokes outcome. The students I have met understand that nexus between the government, business, deal making and eventual outcome. You don’t need to have an inside track to see the massive amounts of money involved both legally and illegally behind decision-making. Many students keen to get involved in this join PR firms, which specialise in government relations and communication. They are, for all practical purposes lobbyists. Some are even registered as professional lobbyists in Washington DC and Brussels. Here they are trying to do the same job under the guise of public relations. A good look at LinkedIn and one notices the number of hires at Uber’s government relations department in India. Many companies need professionals with connections and an understanding on how to get things done and solved in a confusing place such as India.

We have outcome led leaders in the White House and Race Course Road and they reward good advice and loyalty. It’s only natural that a strategic relationship is built and protected in a transparent though effective way.

I understand this sort piece brings up many questions, thoughts and concerns. For more – attend my class, call me over to your campus or engage me. 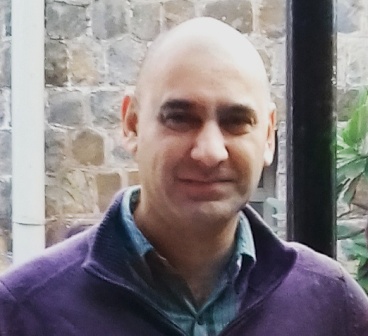 In Conversation with Deepshikha Dharmaraj

Be the first to comment on "To lobby or not to lobby?"

Digital PR: Has it found its silver lining?

Lessons from the Pandemic