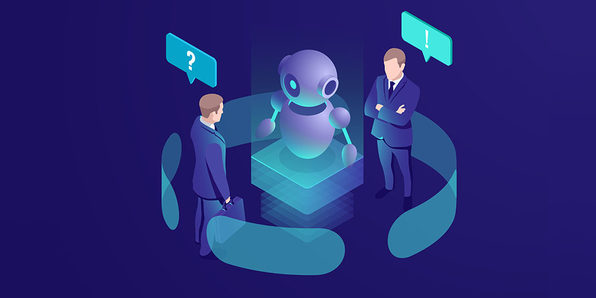 The digitisation of business has transformed the concept of ‘moats’ into a fundamental.  The Web renders most traditional barriers obsolete; resellers can be disintermediated, suppliers can be scaled (and then negotiated with) globally, employees likewise …

In business terms, Coca Cola’s formula, has been superseded by a new type of  ‘technical moat’, offering businesses defence from competitors.  Google’s dominance is based on the originality of its search algorithm, which – since it’s constantly being refined by insights from the World’s biggest database – is virtually impossible to replicate.   Such technical moats are particularly common within Web-based, disrupted markets; the quality, size and efficiency of Amazon’s retail operations protects and perpetuates its dominance, Apple’s proprietary operating system, iOS, is probably as significant to the brand’s continued success as its undisputed design genius.

Such moats – technical other otherwise – have helped to bring distinction and some degree of protection to marcoms consultancies; Edelman’s Trust Barometer, WPP’s Brand Asset Evaluator,  Golin’s erstwhile Relevance India are not just discussion starters, but proprietary tools that can help clients map and measure their messaging.

However, the digitisation of communications has seriously impacted our community’s ability to build and maintain moats; consultancy’s favourite moats of local presence and local language are being gradually eroded by social media’s ‘lingua franca’, (a version of) English.

Other traditional consultancy moats are being undermined. As I mentioned last week, technical knowledge is necessary but no longer sufficient to deliver technology communications; broader society knowledge, context and contacts are now equally indispensable. The same logic also applies to other formerly ‘sacred’ sectors; banking and finance are genuinely ‘public goods’, regulatory and compliance knowledge is essential but not sufficient. Even pharmaceutical issues have become mainstream, and debated – not by qualified medical experts – but by actors and celebrities. A consultancy’s technical or medical knowledge is unlikely to deliver competitive advantage in this environment.

Informal moats are alive and well, particularly at the boutique end of the PR consultancy spectrum; former journalists and editors and reasonably claim privileged access and relationships as a competitive advantage. As I’ve written elsewhere, such models are perfectly legitimate; I’m just not sure how scalable they are.  How much can a consultancy expect to grow if its singular competitive advantage is based on a few senior executives or founders’ address book?

So, where do I stand on moat logic for our community?

First, technology and innovation does present consultancies with an opportunity to differentiate, particularly in the fields of predictive behaviour and influence tracking. Everyone is struggling with the challenge of anticipating public opinion and mitigating risks associated its vagaries. Any solution is likely to involve both technology (big data/analytics) and human judgment; but firms who can offer a scalable combination will enjoy a clear, defendable advantage.

However, I believe that ‘behavioral moats’ offer the most compelling opportunity for consultancy differentiation. Thousands of self-help books are testament to the performance and productivity advantages of behavioural discipline and routines. I believe that – in an entirely professional context – such thinking offers a clue into how PR firms can erect and defend moats, based on quality services delivered time after time.

I’m not suggesting HR managers recruit identikit personalities, around which to base their offerings. I do believe that examining candidates’ attitudes towards and understanding of client service, their degree of integrity, their ideas of concepts such as proactivity, independence, responsibility and autonomy, can be as revealing as their technical abilities.

Building a firm based around such ‘life’ values is perfectly scalable and can certainly create a defendable moat in the market.  US founding father, Benjamin Franklin, offers probably the best set of behavioral moats I’ve ever seen; and they are equally relevant whether you are building a firm or a personal career.

These really are tailor-made for our community; at a time when we need such moats more than ever.

Why brands need to do good when times are bad

The bull’s eye of PR writing