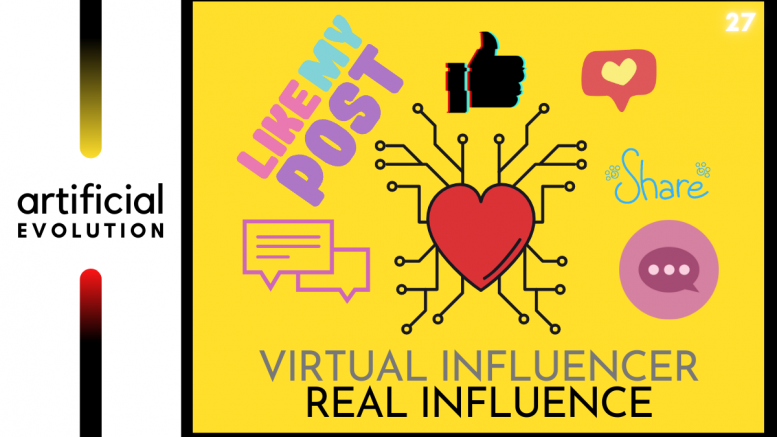 Social media Influencer – Making you feel bad about your life since the early 2000s.

On the internet, ‘news’ or ‘new things that happened’ reach you in three ways:

About 2-3 weeks ago, Samsung was in the ‘news’ for releasing some artwork. Wasn’t a phone or a microprocessor. It wasn’t a product at all. 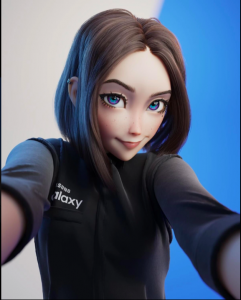 According to Twitter user SinisterShot, created by LightFarm and Samsung owned Cheil, Samantha, or SAM (get it?), was created as an avatar for Samsung’s virtual assistant Bixby. Allegedly, these were only mockups and had been pulled down after a few minutes from the LightFarm website.

The thing is though, to a specific internet culture, this was gold.

The subculture was weebs or hardcore fans of anime and animated characters.

SAM had become the most discussed subject on Twitter and Reddit forums that focussed on Weeb and anime culture for over 3 days – for a project that Samsung didn’t even release officially.

The response was electric

Wait. Is that a virtual influencer? Or a mascot?

A virtual influencer is ‘a thing’ that does not exist but holds a following based on an artificial character construct. He/She/They/It can be:

Since Louis Vuitton took up this idea of promoting fictional animated characters as brand ambassadors, most high street labels followed suit. According to Vogue France, virtual influencers had become the new darling from brands across Balenciaga to Dior. This went further to creating long-term exclusive contracts with Balmain and others.

“she is perennially 20, is named after the Tamil word for ‘moon’ and that her ‘favourite emotion is love’ because ‘it is huge and composed of all colours and feelings.”

The opinions of active “real” social media influencers haven’t been favourable per se. According to an HT Article back in 2019,

“It’s puzzling, isn’t it? But I don’t think virtual influencers will be a thing in India,” says Riaan George, the editor of Business Traveller India and a social media influencer with an Instagram following of over 35,000. “We are highly advanced in technology now. So, if we were to adopt that, we would already have done that,” he says.

Swathi Mukund, blogger and another influencer reckons Indians will relate to an actual person than a manufactured persona. “For instance, I can inspire my followers by posting videos of my run… They know where I go for a run. I can meet my followers face-to-face. They know that I am real and it helps them relate to me. I am not sure if it will be the same with a virtual person,” she says.”

Based on international influencer trends, India might get it’s own lot of digital characters soon. Our country is fairly diverse in it’s local and internet cultures. Where the adoption of memes in 2021 is not just accepted but promoted, I’d expect we’re pretty close to reaching acceptance of avatars over people

The recent report by Advertising Standards Council of India that creates the first ever Influencer guidelines for India also included and defined ‘a virtual influencer’ as:

The inclusion of this definition in the official guidelines means that this is a segment that is accepted and not just a fringe element that 11 people fan over on a limited Facebook group.

Entertainment, gaming and character based (mascots et al) products/service brands , will probably be the first to adopt this in India. Ikea and some other brands Brazil started using virtual avatars a few years ago and they’ve maintained a positive sentiment across their engagement with fans.

The key phrase here is: purpose.

Why do brands require a virtual influencer? For the buzz like Samsung? To appeal to a younger audience like Ikea? Or to promote the idea of relevance like Balmain and Dior.

I’d like to leave you with a thought: If a young luddite like me can make a spoon (yep, actual spoon) an AI based poet influencer. So can you.

Here’s a website that can get you started: https://thispersondoesnotexist.com/

Whenever that refresh button is hit, the website shows you a digital reconstruction of a human face – which is in fact, not human.

Have fun. Be brave.

How the 30 Top Corporate Communication Team List is curated

Why millennials should meet a mentor who can elevate their Emotional Intelligence?