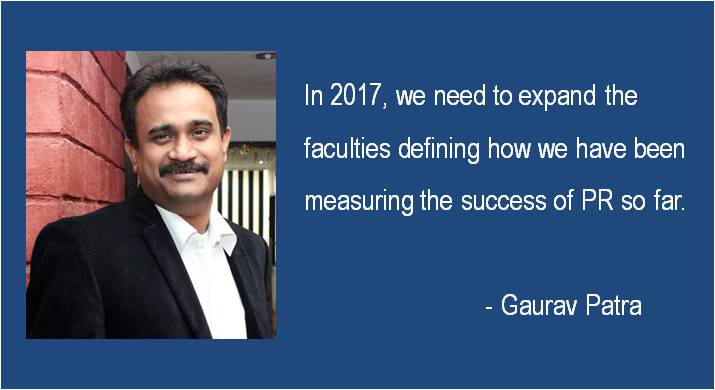 It is a New Year and hence, the best time to look at the past, while gearing up for what the future may entail. 2016, witnessed the PR business covering strong strides, not only in the corporate world but also in politics. One thing that has remained constant is the importance of PR in making or breaking not only brands, but also the President of the biggest economy of the world.

2016 had a lot to teach us and the challenges faced have only cleared the pavement for newer opportunities in 2017. Here’s discussing the major new trends that will govern the evolution of the PR business in 2017.

Thought leadership may have been one of the most abused terms of the trade in 2016, however one should be vigilant as to not discredit this trend in particular. When done right, establishing thought leadership alone helps in building a brand and generating most prospective leads for the organisation.

In 2017, consider combining the trending topics of the business, with significant data points, analysis and more, to extract the maximum gains from thought leadership.

Influencers today inspire the same trust amongst audiences as their respective friends. In fact, as per the survey by Nielsen, 92 per cent of those surveyed agreed to trust an influencer or anyone perceived as a star on social media.

Besides, in 2017, both influencer and contributor marketing are going to intersect more often than not. More PR consultancies would be interacting with influencers on a regular basis to create a meaningful stream of consistent contributions.

Journalists to Enhance their eye for Scrutiny

2016 has given us both – facts, blown out of proportions and fake news! Editors have already started instructing their journalists and reporters to closely look into the facts, have the same data points confirmed from more than one source and not to simply go with whatever fact sheets are provided by PR practitioners.

Hence, journalists in 2017 would be too cautious to remove their investigative hat and be willing, more than ever before to check all the facts mentioned in the story.

The field of Public Relations is undergoing several transformations, as we speak. And here’s yet another increment in their responsibilities and tasks. In addition to gaining significant coverage for the client across traditional and digital media platforms, PR professionals would be hard-pressed to safeguard and enrich their reputation. Owing to fake news and distorted facts, the same task is, expectedly, going to keep PR professionals on their toes around the year. In the face of newer realities and mushrooming challenges, reputation management warrants a bullet-proof strategy on part of both, PR execs and communication strategists.

Videos have undoubtedly dominated the top trends in the past few years. Given their unique capability to go viral, while completely conveying an entire story within the given time frame, makes them a real winner. The trend continues to rise, as reflected in the recent prediction by Cisco, estimating mobile traffic to be 75% videos. Live Videos made their foray in 2016 and shall become the driving force behind successful campaigns and engagement in 2017.

Even though videos may not directly be leveraged for a particular client, PR professionals must push for visual storytelling, regardless. Images, slideshows, infographics, etc must be an integral part of your PR campaigns in 2017.

In 2017, we need to expand the faculties defining how we have been measuring the success of PR so far. Since there is more information of a client available now, the scope of its reach and accessibility has also increased exponentially.

We need to now view PR campaigns outside of their traditional scope. For instance, the content which is being prepared for the client, might positively affect a candidate looking for a job. How would this albeit sporadic or serendipitous recruitment be measured in terms of PR’s ROI?

PR practitioners need to now explain their clients the chain reaction high quality PR campaigns have. Perhaps clients need to now start asking new recruits from where they came to know about the company, what their initial impression of the company is and how the same has been framed, to actually understand the poly-contextual effects of Public Relations.

And that’s just one example! Accordingly, given the specific campaign rendered by PR executives, would require precise and focused measurement.

Lastly, these are only but some of the most anticipated trends of 2017. However, PR doesn’t work in isolation; other factors like social media and SEO will also play a significant part. 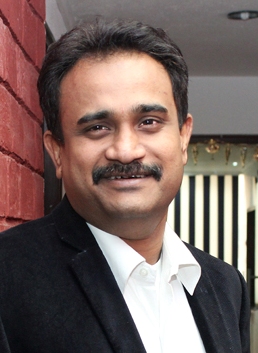 Gaurav Patra is the Founder Director at Value 360 Communications.

He has over 22 years of industry experience including over a decade of experience in serving leading Indian publishing houses in print media viz. Express group, Cyber Media, JasuBhai Media and Media Transasia before venturing into PR. He currently directs the operations of Value 360 Communications.
SHARE TWEET PIN SHARE

Be the first to comment on "What 2017 has in store for Public Relations?"

In Tribute to Mrs Jane Swamy

Tribute to Fathers, Cricket and Yoga