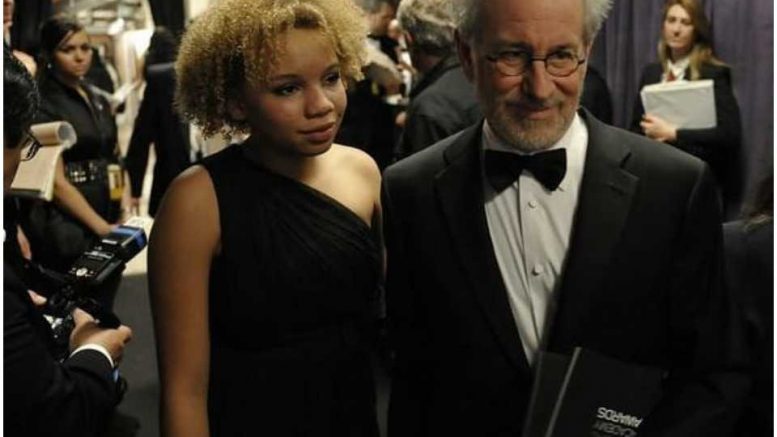 They say when a dog bites man it is not news, but when a man bites dog, it is news. That, of course, is a commonplace way of telling the world that only uncommon things make news. But, in the world of responsible, serious journalism, there are occasions where journalists are held to personal ideas of morality or propriety, by which they are often accused of ignoring or highlighting some developments, or playing up or playing down some other.

Last week, I had occasion to ponder over the morality of news when celebrated Hollywood director Steven Spielberg’s 23-year-old adopted daughter Mikaela announced that she had decided to enter the field of adult entertainment. It naturally made the headlines in some places. I decided to write about this and in the process define in my own way as to what constitutes news.

Now, the simple fact is that an offbeat, controversial career choice by anyone makes news but the fact that the daughter of a global artistic genius does so throws to the winds conventional ideas of what forces one to take up careers like acting in pornographic videos or stripping. In that sense, there is certainly “news” in the “man bites dog” sense.

However, it is important to pause and ask: but why is it that it does not make news every time someone takes up such a career? Personally, this was news to me from a philosophical curiosity. What is it in human nature that makes a famous, affluent man’s ward take up such a career?

You can also look at it from a public relations point of view. Suppose there is an aspiring porn actor who hires a PR professional for publicity. Now in comes a celebrity daughter who announces on Instagram that she is going to do blue movies. Here’s where it gets tricky.  The celebrity daughter gets an unfair brand premium because she is so-and-so’s offspring and gets what one might call “earned PR”. All of a sudden, the morality of publishing the news becomes questionable for the journalist, for whom it becomes a “plug” for a celebrity daughter. I would certainly be thinking on those lines if I was covering the industry as a “business” (after all, it is a business with real consumers!).

There can also be a view that such news hurts the privacy of Steven Spielberg. In a modern world,  when privacy is a cherished value, we need to ask if the career choice of a celebrity’s daughter makes news in the public interest. A fine divides “what audience wants” from “public interest.”

But then, I found it newsworthy from a curious standpoint that Spielberg supported her daughter’s career choice, and even more interesting that the said daughter has a fiance whose career choice is even more intriguing: he is a professional darts player! (First World problems!) Here in India, I think it is certainly news to know that throwing darts can be a career. If you have been doing it in pubs, the time to make a career choice is, like, now!

More interesting stuff: Given that public interest journalism can be different from run-of-the-mill news publishing,  I googled Mikaela’s name with four of the biggest public interest brands, BBC, Reuters, CNN and NPR (National Public Radio). I found nothing. If they have not covered the news as it appears at first sight, I find it worth noting that they made a considered choice to ignore the development as it was not in the public interest. On the other hand, our own Economic Times had somebody from the local desk re-working that bit of global gossip for its readers.  I presume it comes under the “career choice” category.

Even more fascinating: I discovered that Mikaela has another identity as a digital age artist. Whitehot, a contemporary art magazine, interviewed  her in an elaborate manner as an artist who uses an app called Procreate to produce red pencil emulation. I found her sketches of reasonable artistic value, as did the editor of the magazine.

It is often overlooked that news is a context and concept-driven idea. The former is defined by the audience or defines the audience. The latter is often a matter of morality that is relative and sometimes debatable. In a post-modern, post-feminist universe, the choice of a career in adult entertainment videos can be viewed as both an assertion of freedom or an outrageous vignette of patriarchal culture. It all depends on where you are and who you are.

But this much is certain. It is the purpose of good journalism to generate healthy debates on matters of social interest. News coverage can provide intellectual raw material for everybody from business analysts to moral philosophers. Prurient, titillating motives may not be the only reason for why some things make news.

For me, Mikaela is news because the very idea of whether she deserves to be in the news is of interest to the defined audience of this column.

Be the first to comment on "Why Mikaela Spielberg makes news – and when she does not. Or should not."

Five predictions for the PR business

Gear up to work together