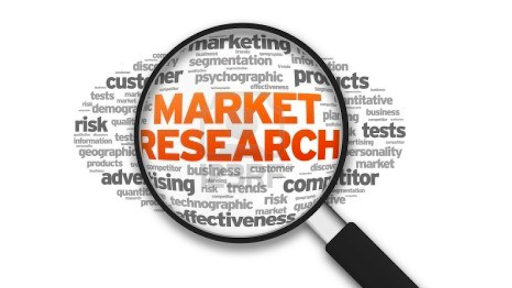 With apologies to Jack Nicolson, from A Few Good Men, these lines came to mind when I was talking to a market researcher this week. The definition and ownership of ‘the truth’ is now up for grabs. This privileged terrain was traditionally the prized domain of market research, but a delicious irony unfolding: while the emergence big data and analytics has increased the credibility and ‘science’ behind market research, its claims as a proprietary and definitive version of ‘the truth’ have never been under more scrutiny. I describe the irony as a delicacy since – in effect – from a brand and reputation perspective, as the science increases, the usefulness of the insight offered by traditional market research is moving in the opposite direction.

As I’ve written before, my career has been characterised by a fairly fractured relationship with market research; some of the most successful and original campaigns I’ve worked on have been supported by what traditional researchers would (politely) describe as – frivolous or unsubstantiated data.

In 2008, I devised a campaign for a mobile phone application. MBlox, to determine the propensity of people to interrupt their shower to respond to a phone call or message, enabling the brand to generate conversations and coverage about people’s relationships with (and dependency on) their devices.

In 2007, for network vendor, Ciena, we quizzed 500 people in La Defence, Paris, armed with a stopwatch, to understand their tolerance levels of ‘latency’ (the time required for a Website to download, for instance), and compared the results for different respondents and scenarios.

In 2009, for HP printers we issued identical surveys on people’s moods and outlooks, but printed in different colours, and then analysed the differences in responses; respondents to surveys printed in red revealed more extreme responses than those in printed blue or green.

None of these campaigns were based on irrefutable, statistical evidence; none of them were conceived or presented as such. They were, however, based on deep human insights; intuition from my consultancy’s creative and planning teams, supported by third party data, brand messaging and – ultimately – very indicative primary research.

And it’s precisely here that a battle emerges for ownership of the truth. Truth is not synonymous with statistical validation; in reality, the latter has little correlation with the power and impact of a PR campaign. In the above examples, the ‘truth’ is that each of these campaigns generated tangible value for their respective brands.

Market research is typically about ‘discovery’; the search for a trend, an insight, a market shift that can help shape a business or marketing strategy. PR has no such pretentions, our aim being to create compelling stories that will engage relevance audiences, to whom we can then share our product/brand messages. In the latter’s case, market research is a supporting component rather than a basis for the campaign; in my experience, its basis is invariably an ‘analogue’, human, intuitive insight.

This distinction is important; statistical validity offers no guarantee of a compelling campaign; neither is it even necessary.  In fact, ‘statistical validity’ is also a trap; insights that are indubitable are necessarily the ideas base for a PR campaign. In fact, telling people what everyone knows already, is an incredibly ineffective way to generate discussions and engage new audiences.

Netflix’s brilliant ‘binge watching’ insight was based in instinct and observation rather than market research; Starbuck’s 40 year ‘third place’ positioning is based historical insights originally compiled by sociologist, Ray Oldenburg, not fieldwork by Ipsos Mori.

The reality is that – precisely as market research becomes more exact as a science – it risks becoming less useful as a PR tool. Why? Because market research is no more a ‘truth’ than storytelling. While the PR community recognises these realities and works accordingly, the market research profession remains in denial.

The majority of India’s population lives outside the cities – and certainly beyond Delhi, Mumbai, Chennai, Kolkata and Bangalore, the typical basis for market research field work. Less than a quarter of the population has access to a smart phone, and less than a half are broadband connected, rendering, even, online nationwide research an approximate science, to say the least.  Even surveys covering 10- 20,000 respondents (large by business standards) have little claim to be statistically valid – in light of the above – as well as a reflection of a total population of 1.2 billion!

It was in fact based on a series of deep insights regarding business priorities and outlooks; not merely in the metro cities, but beyond. Were these insights based on statistically verifiable data? For the reasons mentioned above, not necessarily. Could these insights still form the basis of a compelling and distinct conversation that could add considerable value to the brand and potentially, eventually lead to sales? Indisputably.

It’s at moments like this that I wish I had Jack Nicolson on the conference call with me: “Truth? … You can’t handle … ”!