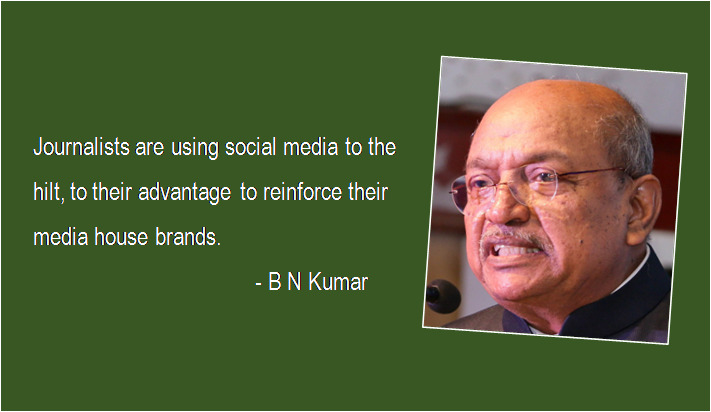 The days of physical distribution of Press Releases and Invites, which my generation of PR professionals used to do, were over long ago.  After frequent visitors from PR departments and firms, media offices have started experiencing flood of mails from PR firms and departments. Then came the tsunami of mails with PR firms discovering mass mailers. That’s how media started distancing themselves from Press Release ATMs of certain PR firms, much before the current distancing came into being.

One has to be digital savvy to survive in this era. But being savvy is not just enough. As I mentioned in one of my previous columns, the journalist at the receiving end enjoys select-all-delete option.

Now that I run a business news website, I am also getting good number press releases which I sometimes rewrite. I change headlines and keep asking for pictures and high-res logos to enrich the appearance of the story – however small or big it is.

Without resorting to a discourse on the art of writing press releases, I would like to stress that PR professionals need to focus on the narrative (one of the most favourite expressions, these days!) and the target.  Your email should not become junk mail. During the past 35 years of my PR experience, I have not seen much change in the way the many practitioners dish out the press releases. Despite the profession evolving and the Gurus setting gold and global standards, the content has not changed. There are companies (and their firms) still sending press release of even simple announcements such as quarterly results with an A4 page full of bullet points, followed by their CMD’s quote. Just because some big companies, whom I shall not name, think that it is their corporate style to send releases the way they like, it does not mean that others too should follow the same painful template. Painful because the journalist – yes, at the receiving end – is forced to sit down, rewrite the release, change data of millions into lakhs and crores. Journalists, thus, are forced to spend at least half-an-hour on a single press release. Nobody likes it. Nobody.

What does a journalist do in such cases? Let me tell you an inside story. If it happens to be a really big company, he grudgingly takes the pain of writing the story (no, it’s not the case of mere rewriting, but writing all over again) or tells one of his juniors to try and make sense out of the mail. Else, he waits for a news firm copy. A news firm will, and not may, take its own time to do the story depending on the priorities at that particular time. More often than not, the story goes out on the network much after the print reporters’ deadline.

These bullet point releases may come handy for TV news channels for flashing tickers. But they need maximum five bullets and certainly not an A4 page full. This is only a sample. Examples can be ample.

Getting back to being digital sharp, we need to always keep in mind that it’s just not us but the journalist is also in a WFH mode. This new normal will last long. WHO has already said there is no silver bullet nor will there be any to tackle the pandemic situation.

Over the last four months, we have all experienced the irritants of working from home. Why should we add to the woes of media friends? It is not about only being a facilitator, but working with the media for the common goal – putting out that information for our target audiences. Remember, journalists too write for their consumers – the readers.

I know for sure that most journalists have not only become tech savvy but tech sharp. They are using the social media to the hilt, to their advantage to reinforce their media house brands. Even the least circulated newspaper has social media presence.

It is time PR practitioners too follow suit. Physical circulation of newspapers has gone down rapidly because of the distribution problems. Newspaper boys are not being permitted by their parents to go out and many housing societies are still not allowing door-step deliveries. So, digital is the only way out. This is why all newspapers, including the suburban ones, have adapted to PDF. Most importantly, the number of pages of Indian newspapers has drastically come down due to the absence of heavy advertising. There is simply no space for most press releases.

The only way out is to request the media for an online story for which your narrative has to be more than a Maggie. It must have all the ready-to-use ingredients. Simple headline in not more than six to seven words, a 30-word intro and a small quote.  Just look at the way the news firms write and follow that style.

Once the story appears online, tweet it and get it re-tweeted. Your boss/client’s job is done.

The reader too has become just not digital savvy, but digital sharp. It’s up to you PR practitioner to ride the wave or get swept away. Choice is yours.

Be the first to comment on "Be digital sharp, not just savvy."