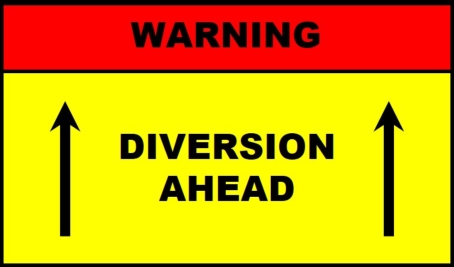 Journalism is not just about doing stories. Often, a big difference is made in social discourse by how a story is presented, which story takes priority over the others and how the public’s attention is held, managed —  and in some cases, diverted. It can be an editor’s challenge to keep the focus on the right story, be it from the point of view of social commitment or to boost readership in the case of print publications, rating points in television or engagement on a web page for digital brands. Challenging situations arise not only from a general commitment to good journalism, but also from an active industry that comprises public relations professionals, government spokespersons, and that wonderfully dubious off-shoot of PR: the secret media strategist a.k.a. spin doctor.

I thought of the fine art of managing public attention last week when the apparently sensational story erupted of Ashish Pandey, the son of a former Bahujan Samaj Party MP, brandishing a gun at New Delhi’s plush Hyatt Regency hotel in the company of three fashionably-dressed women who mouthed abuses to match his as he clashed with a man who was alleged to have entered a ladies’ washroom to help his sick female companion.

The details of the case probably do not matter in the larger scheme of things. Pink Pants Pandey had a licensed gun. He did not point it at anyone. There was an altercation in which no one was injured. Dozens of shootings, knifings or murders take place across India every day, but why did this story grab national attention?

Think again, there was a video going viral. We joked about Pandey’s pink pants and the behaviour of the glamorous women who in old-fashioned language behaved in un-ladylike ways.

Stop now and ask: Who shot the video? How did it go viral? And pray why? Though Pandey reportedly sent a WhatsApp message asking his friends not to make the video go viral, this happened hours after it did. Even more intriguing, it was first hosted on the much more public Facebook, apparently by a hospitality industry staffer worried for her safety. Who gave her the video?

The video was apparently shot from the backseat of Pandey’s car by a woman. Why would someone share a video that lands a friend in a police case? Why did the whole thing look like an elegantly composed shot from a UP gangster movie directed by Vishal Bhardwaj or Sudhir Mishra? What was the real motive?

Was the Pink Pants brawl an attempt to divert media attention from the serious side of the Me Too India movement that was shaming celebrities in the media, Bollywood and elsewhere? I would like to think so, though we have no way of knowing. One woman in Pandey’s car says in the video to the victim’s woman friend: “Shove MeToo up your a**” and also addresses the woman as a “transsexual” in an intended abuse.

On the face of it, this Pink Pants story looks like it is part of the Me Too story trend. But looking harder, one finds that by linking a politician, a gang of glam-rich folks and a viral video, public attention has been diverted from the serious, intellectual story to a visually rich but otherwise superficial one.

Sometimes, it is important for a journalist to watch not an event but the context around it. In a world where protests, brawls and events can be staged, there is reason to believe that journalism can fall prey to spin-doctored show business. Bollywood movies gain publicity from pre-release controversies, as it is kind of known. Diverting attention on a national theme from an unwanted spotlight on well-known figures to a visually rich but otherwise trivial story is just step away.

Thanks to Mr. Pink Pants, what might have been a front-page anchor in a city edition became a top story in both newspapers and TV news.

SCENE ONE: A media strategist chuckles a little and sends a text message to the director of the viral video: “I owe you one, pal. The money is on the way”. Then he calls a famous politician and says in a whisper: “TV news dekho sir. Those media people are running after that video story.”

SCENE TWO: A TRP-hungry producer tells a crew: “Don’t go to the protest march. Take a vox-pop about this viral video. People love to vent about rich brats and good-looking women.”

FLASHBACK: Politician calls seasoned media advisor. “Dekho! I have heard that  *&^$ woman is taking my name. I want this hushed.”  Advisor replies: “We can’t shut the mouths, sir. We can only take their eyes elsewhere. Everything runs on visual these days. Mere paas setting hai.”

SCENE THREE: TV newsroom. Correspondent to Managing Editor: “I have reached the Mahila Vahini demo. They are planning to march to the home minister’s house.”  Managing Editor: “Theek hai. Follow them. We will take a live feed at 1.30 p.m.”  Managing Editor tells Input Editor: “This viral video story is trending on Twitter. Me Too has gone to the second spot. Make this the 9 p.m. lead. If  Seth-ji calls, I don’t want him yelling because we were doing the NGO stuff.” He walks briskly out of the No-Smoking newsroom to light a cigarette, past posters that advertise the virtues of socially committed journalism and award-winning anchors.

SCENE FOUR:  Managing Editor, Seth-ji, Producer and Advisor are having lunch a trendy restaurant. They are guffawing as they raise their wine glasses. Their laughter drowns out a bunch of young people at the next table, who are discussing how Queen and Pink were wonderful movies.

(In a parallel script, the same video is used to divert attention from a demonstration against inflation and unemployment, but that one is in Malayalam/Bengali/Telugu/Tamil).

You get the picture. Bring on the credits.

Be the first to comment on "A Bollywood-style script: Was the Pink Pants brawl a ploy to divert media attention?"

Gear Up with your Research

Why it is important for brands to remain relevant all the times?