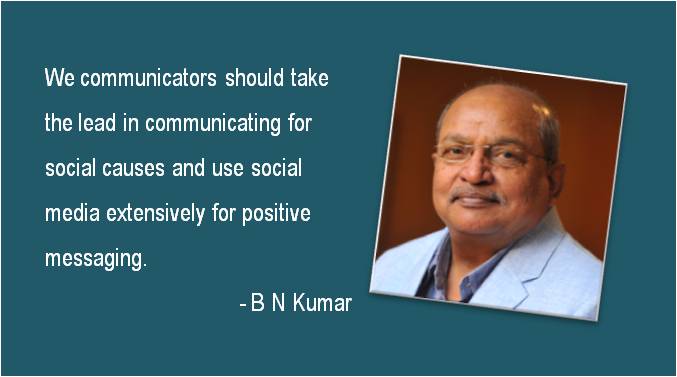 Communication does not end with death. My dad – Honorary Capt. BSRV Subba Rao (89) – who died in Hyderabad on September 25, 2017, donated his body to a private medical college through an NGO to serve the purpose of education. His cornea was taken by Vasan Eye Bank. Two persons are expected to get vision.

My dad was impressed with the idea during his routine visits to the Secunderabad military hospital where an NGO conducted a camp to get pledges for body donations. The NGO which later coordinated the process of handing over my dad’s body to the Malla Reddy Medical College for Women at Jeedimatla, Hyderabad, tells us that there is a tremendous shortage of bodies in medical colleges. The thumb rule is you need one body for 15 medical students for practical study purpose. The reality of which is that they do not get one body even for 150-200 students. This forces medical colleges to opt for artificial bodies or resort to the Internet references. Thus, most medical students do not get to physically check human bodies.

Another interesting part of the donated body is that, each and every part is of use for the students. Even the skin is used for dermatology and, finally, the skeleton is kept for orthopedics.

One may wonder as to why can’t the medical colleges get unclaimed bodies from accidents or natural calamities. The NGO says such bodies are in decomposed condition by the time they reach morgues and they of no use.

So, death of donors is a celebration for these medical colleges. In fact, Malla Reddy College ambulance came with a garland for my dad’s body and the NGO converted the mourning into an event.

My daddy also willed against any rituals and our family priest too concurred since we did not do any funeral rites.

Hindu funeral rites and rituals also involve various donations like Go Daan and Bhoo Daan but our priests said the donation of one’s body is the biggest and the most important Daan. Hence there is no necessity of any other donation!

I am launching #DonateUrBody2MedCollege. Please support it.

According to a report in Hyderabad-based Hans India daily, medical colleges, particularly private colleges, are facing a tough time in conducting anatomy classes for want of dead bodies. With few donors coming forward to give bodies medical purposes and unavailability of unclaimed bodies, the managements of private medical colleges are procuring bodies by paying thousands of rupees.

As some private colleges are offering Rs 25,000 and more for a body, some people are engaged in the procurement of body business and are searching for them on railway tracks and other places.

According to Medical Council of India regulations, at least 15 bodies are needed per year for each college to conduct anatomy classes. There are 30 medical colleges in the state with an intake of 150 students every year. According to sources, some medical colleges are conducting anatomy classes with simulators and digital bodies. But, professors are saying that such practices do not provide students with a real experience, Hans India reports.

The Hindu, Chennai, reported in September 2013: “For students of a number of private medical colleges, dissecting a cadaver — considered an essential part of training in anatomy — is something they rarely get to do.”

“Unlike their counterparts in government medical colleges all of whom get to dissect a cadaver in their first year, these students’ access to cadavers is restricted, with just one allotted for each batch of 30,” The Hindu said.

Considering the importance such a donation, I think all of us should think of donating our bodies rather than opting for just an organ donation.

While on the subject of donations, I am of strong opinion is that blood donation is something that can be done while one is alive.

We communicators could take the lead in communicating for this cause and use the social media extensively for this positive messaging.

In fact, communication for a cause or social communication is catching up. After our success with the international award-winning Mission Mumbai Local campaign focusing on the woes of the city’s suburban train commuters and Save Parsik Hills drive to highlight the environment issue of plundering the hills in Navi Mumbai in the name of quarrying, Public Relations Council of India (PRCI) and Concept PR are flooded with requests for support for causes.

PS: There was another element of communication in death. In a matter of seconds, Daddy became body. Nobody referred to him as ‘He’.  All of sudden, he became it! Such is the truth of life, I guess!

Be the first to comment on "Communication in Death"

Aspire to be a better communicator

What are you doing today for a better tomorrow?