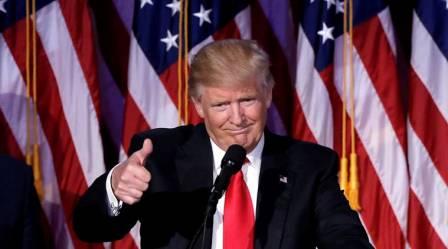 Like many others in India I’m still reeling from a shock after witnessing on TV the unfolding of the election results that saw Hillary Clinton missing an opportunity to make history. Donald Trump’s victory may have caught even the man himself by his… surprise. There were mixed signals for several weeks and the most opinion polls had given a narrow lead to Hillary even until the last day. Well, how does this all pan out from a Public Relations publicity. Before we get there a quick disclaimer. All publicity can be termed as public relations but all public relations is not about publicity.

Well, I spent two weeks on a personal visit to the United States a few days ago, right in the middle of October and there were more clues that indicated a Clinton win. As always the battleground states had a major role to play. What is even more shocking is that 42% women voted for Trump despite all the press he got in the run up to the elections about his decade-old comment made off the record about how he dealt with women.

How did the unexpected happen? In hindsight, this was not unexpected but a make believe created by media which is not used to disrupters and enjoys celebrating elites. Clinton was a dynast in every sense and used her gender to her advantage very well but that was not good enough.

A joke that did the rounds after the election was called is that Hillary spent 40 years of her life building her career to lose the presidency to a man who picked up politics as a hobby last year. In this and several other write-ups that have emerged in the last 24 hours, there are several insights to help us come to terms:

Five takeaways from the outcome purely from a Public Relations stand point.

In the world of reputation management this result is certainly path breaking as it was a close call and everyone felt Clinton had a better reputation than Trump to become President. If government service is the yardstick she had the right qualifications – both in terms of work experience and education. However, if Twitter following is a parameter then Trump always had a good lead in sheer number of followers in comparison to Hillary.

It is important to note that Clinton won the popular vote but that does not help. How the next four months and then the next four years evolve will be watched with bated breath by people from both sides of the divide. The worst is over, hopefully and the best is yet to come. Will Trump make a fresh start to bring as many people on board? Going by his acceptance speech, it is possible that he may be the best President ever, or the worst.

This article first appeared in ScoopWhoop.

Be the first to comment on "Did Public Relations win the night for Trump?"