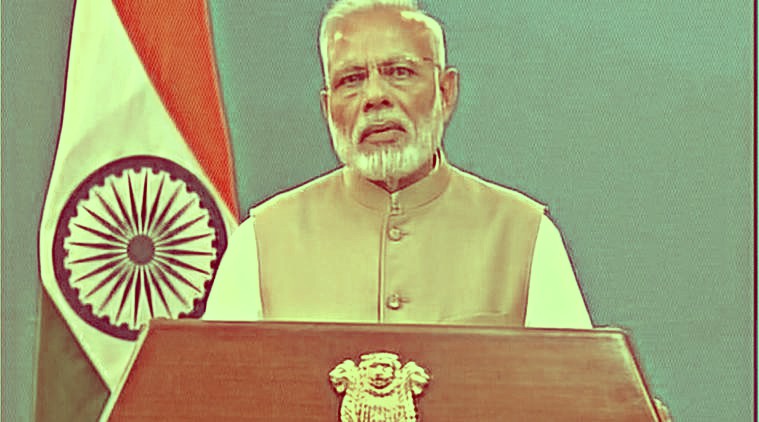 I was awaiting a flight at the Mumbai airport after my monthly teaching assignment to return home to Gurgaon. As I was going through security check my Twitter feed and later the TV screens at the airport lounge began to flash an unusual piece of information that the Prime Minister would address the nation. For a moment, I was hoping he had taken the Delhi smog seriously and was announcing his plan of action to contain pollution that had by then taken away a few innocent lives. But as he began his address it was clear that there was no plan to ban fireworks but instead he had decided to ban something that all of us possessed in quantities small and large and thereby set off fireworks of a different kind.

To my mind, this was the singular big achievement of the Prime Minister in the two and half years he has been in power. And I was impressed with the decision and the way it was conveyed. If there is one thing that Narendra Modi does not get wrong – it is communications. He did a great job of appealing to the nation to fall in line and bid good bye to the existing 500 and 1000 denomination currency notes. By then I had boarded the flight and several co-passengers could not stop talking to each other about the masterstroke by the supreme leader. We landed in New Delhi around 11.30 pm. I did not have enough battery backup to hail an app-based cab so I settled for a Meru cab where the only payment option is cash. By the time I reached home at 12.15 pm, a little after midnight I took out a crisp Rs 500 note and paid the driver not realising that was the last time I was using those currency notes. The next day banks were not operating so no one realised the intensity of what was in store except when one passed by an ATM and began to see serpentine queues. The day after was when reality sunk in and one began to realise what had hit us. My maids and people like them who earn just enough to sustain were the first casualties.

Within 48 hours after the announcement was made, the truth of the matter had begun to bite. The Prime Minister, by then had taken off to Japan on an official visit leaving his second line of leadership to deal with what even they had not imagined would be a crazy few days. That to my mind is the biggest problem that the Prime Minister faces. He enters the second half of his term this week and he has a terrible shortage of bench strength. There are not more that 4-5 ministers in his council who are as efficient as he is. If you do not have atleast a dozen men and women smarter than yourself, your leadership is as good as useless. A great CEO needs a bunch of solid deputies to execute his plans and ideas. In the corporate world, the board would sack such a CEO. We have seen a similar incident late last month in India’s most celebrated conglomerate. However, when it comes to the government the board is the Parliament and the opposition and the shareholders will only meet in 2018 during the next election.

What went wrong and what could have been done better? I’m no monetary expert or economist but purely from a Public Relations standpoint there was a lot that could have been done to ensure better management of withdrawals, deposits, exchange and ATM visits. If I were the communications advisor to the Prime Minister in addition to the great announcement I would have mapped several scenarios in a playbook and let them unfold in the aftermath of the announcement.

These are just some of the loopholes that were not fixed before the big announcement. All this could have been done in utmost secrecy but that did not happen.

Lastly, if I was Prime Minister I would send out directives to private companies and state governments not to misuse my status of being Prime Minister regarding this operation in advertisements. And not give anyone else the authority to permit use of old currency like one or two chief ministers have done.

The solidity of an idea is always in its execution.

Be the first to comment on "Great Intention, Bad Execution is terrible Public Relations"