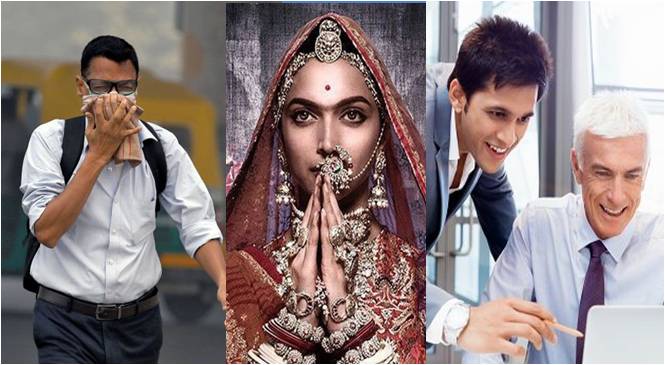 Millennials are in the spotlight, as we can see today. And it seems they have a new mandate: “drag the boss into the 21st century”, as I read in one of the leading newspapers. Engaging professionals in the workplace, “ Millennial” mentorship has emerged as an attractive training option, as young workers (some just out of college) are being included in formal corporate programmes to train their top ranking seniors. The advice sought may vary from shopping in new markets, developing new products, or help in tech support with Snapchat, quick lessons in handling Twitter and emoji. Besides being a radical shift from the traditional business scenario of top-down management style, they are also a sign of just how confused and handicapped some senior executives feel with the young generation around them! Many organisations like Cisco Systems are already experimenting with these mentoring programmes.

Reverse mentoring is not a new concept. But now, senior executives are very keen to learn from millennials whose significant presence in the Silicon Valley has plagued older colleagues, with a fear of becoming obsolete. Millennials rule. Books like ‘Understanding Millennials’, events like ‘Millennial Week’ (a two-day festival meant to “promote and present ideas reflecting the impact of Generation Y on culture and society”), and Millennial consultants advise companies like Oracle, Estee Lauder, HBO and so on.

Truth is stranger than fiction, they say. Today, we are still hooked on to what we think is history, or what is fed to us, and go to any length to preserve it. As seen in the Chittorgarh bandh that happened, over the release of Sanjay Leela Bhansali’s film – ‘Padmavati’, which is scheduled for December 1. Of course, outbursts of protests have happened before, when something historical is presented to the public. Heated controversy over the portrayal of a 13th-14th century queen of Chittor in the film “Padmavati”, screamed headlines. A bandh was called by the Jauhar Smriti Sansthan (JSS), a research and social group formed in 1950 with the aim of reviving pride in Mewar’s rulers. Creating a buzz, the bandh call was circulated on social media and it received instant support from various groups, including the Karni Sena, a self-proclaimed body of Rajputs in Rajasthan. Rajput women even participated in large numbers in a protest march, holding placards that read “Respect Women”.  Effigies of Bhansali and other cast members were burned. So intensely involved are they in this issue, that Rajput groups have threatened to continue their stir till the narrative is re-engineered not only in the movie but also in school textbooks!

Moving on to inking, at the personal level, tattooing has always been a fashion statement, but ‘Medical’ tattoos are something new, that have come into the picture, and for sure, they are a boon. It is attracting people with scars and extreme skin conditions; they are getting inked to ‘restore’ eyebrows, mask white skin patches and to ‘arrest’ a receding hair line. People are slowly discovering the benefits of medical tattoos. Recommended by doctors, these tattoos are used to help burn survivors, alopecia, vitiligo and cancer patients and so on. However, it is still nascent in India, and we can see more people opting for it now.

As I file this column, Delhi is still fighting the thick smog cover. Facing its worst spell of a stubborn smog in nearly two decades, the capital’s air quality slipped to ‘hazardous’ levels and media is talking about declaring an emergency, which the Indian Medical Association (IMA) has already done.

In 2014, World Health Organization had classified New Delhi as the world’s most polluted capital, with air quality levels worse than Beijing! The Delhi government is being urged to declare a city-wide health emergency, after Delhiites endured a third day of oppressive pollution. So, we just wait and watch to see if we get some relief…

The ‘push’ and ‘pull’ of Valentine’s Day

Be the first to comment on "A twist in the tale – mentoring, bending history, getting inked and more"

Lessons from being an entrepreneur – Part I