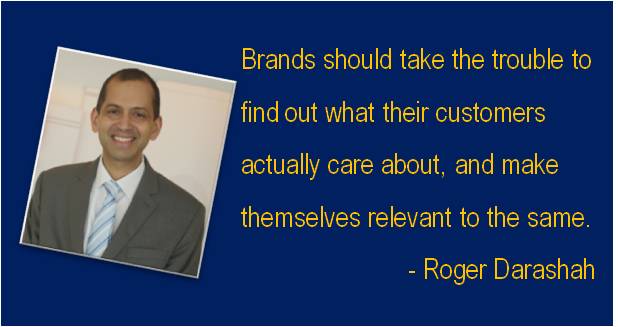 In 1655, returning from a hunting trip on the outskirts of Versailles, hearing the news that the new French ‘Parliament’ was convening in his absence, French King Louis XIV promptly raced to Paris to confront the impertinent deputies. Allegedly still mounted on his horse, King Louis entered the parliament building and asked what was going on. “We are going about the business of State,” responded the leader of the house. “The State? I am the State,” replied King Louis, neatly putting the fledging parliament in its place; and probably triggering the overthrow of the State 130 years later.

King Louis’ presumption came to mind when I read Donald Trump’s first interview with the Financial Times this month. For ‘State’ read ‘media’; “I have over 100m followers between Facebook, Twitter [and] Instagram . . . I don’t have to go to the fake media.” Or, in Louis XIV terms, “Media? I am the media!”.

Donald Trump currently enjoys a unique advantage as President of the US. But his insight actually has relevance for any organisation looking to understand and influence the World. Today, everyone is a medium. . . everyone has the potential to become his or her own publishing house, or be the Editor-in-Chief of his or her news feed. This is the result of a number of physical, social and cultural changes in the World.

In ages past, independent, mass publication of content was simply inconceivable. If the cost or physical complexity of reproducing and emitting content was not sufficiently prohibitive, then regulations, censorship and/or social barriers (such as literacy levels or demographics) conspired to do the rest.

In 1450, the invention of moveable type – the Guttenberg Press, in particular – led to the first mass production of books. Taking one example, the 1,200-page ‘Guttenberg Bible’; assuming each press could produce 25 pages per hour, there were 10 such presses in Germany, each working for 12 hours per day and that each printed Bible was read to or by 10 people . . . it would have taken 100 years for this content to reach a million people by this means. By 1885, the ex US Union General Ulysses S. Grant Civil War Memoirs sold 350,000 copies in three years; assuming that each copy was read by or to three people this was the period required for this particular piece of content to reach a million people.

Today, the time, complexity and expense required to reach a million people is negligible; the physical, regulatory and logistical barriers have been completely removed. Provided your following is sufficiently large, a single tweet can circulate (and change) the World.  This shift has profound implications for any organisation looking to understand and influence opinion.

The art of persuasion should not be limited to the recognised media; and the focus currently is no longer ‘media reach’ or ‘spend’ . . it’s relevance. Relevance is the critical element that makes brands a part of people’s everyday lives, whether in a professional or a consumer context. In reality, most consumers don’t talk about environmental light fittings, factor three levels of encryption, back office compliance systems, SIM cards, car tyres, generic medicines, designer furniture . . .  or whatever else your client is selling. Listen to any conversation on public transport, over a coffee or in a bar. People talk about relationships, holidays, cricket, diets, who they like and work with … and who they don’t. Only brands which take the trouble to find out about what their customers actually care about, and make themselves relevant to the same, will be included in people’s conversations. And this is true for B2B as well as consumer brands.

Donald Trump’s statement reflects a deeper truth; in a world in which everyone is a broadcaster, and one whose ‘editorial line’ is no longer defined by brands or advertisers or, even, Governments, it is the public who defines news agenda of the day. For brands which recognise this opportunity – to be a part of other people’s stories – the future will be their’s. For those which remain wedded to the ‘ancient regime’, the fate of Louis XIV’s grandson offers a sobering insight; on 21 January 1793, at 10h 20am in La Place de la Revolution (today, La Place de la Concord), he was guillotined. Vive La Révolution!