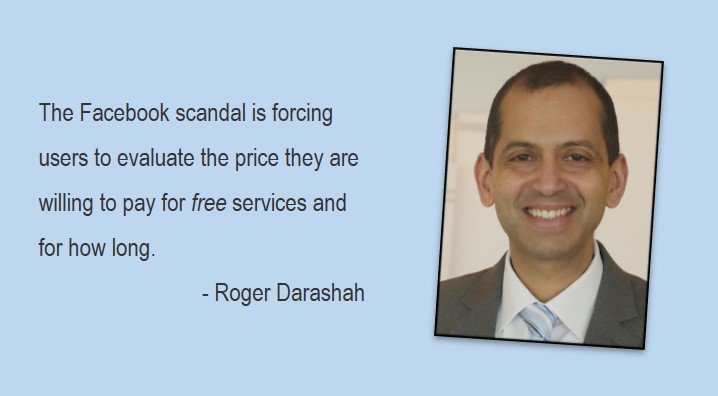 “With social media  . . .  you are the product  . . .  not the customer,” could turn out to be the most prescient sentiment of the decade. Like victory, such predictions end up having many fathers, especially in the event that they end up proving accurate. 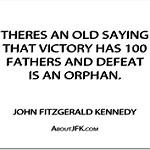 The so-called ‘fathers’ of this prediction include: Adam McLane (an author), Douglas Rushkoff (a social media analyst and writer); the oldest reference I found dates back to 2010, is cited in Time magazine, and belongs to a US security guru, Bruce Schneier. Apple CEO Tim Cook is probably the most famous proponent of the insight, referring in 2014 to Google.

The origins of this phrase are set to become even more contested following the revelation that Facebook released data on potentially 87 million users to a third party (which subsequently traded it to Cambridge Analytica).

The real question, however, is not the nature of the real product on social media; even the most naïve consumer would appreciate that nothing is ever free. The real question is what is the acceptable level of data to be exchanged for the services of a particular app, whether and to whom that data should be traded, under what conditions, and whether consumers are really aware of their rights with respect to the same. In essence, how much do consumers really value their privacy?

This question is no longer theoretical; it is absolutely quantifiable. If Facebook wants unfettered access to your private life, is the use of its platform (with all its undoubted benefits) a fair and sufficient form of compensation. If not, apart from abandoning the service altogether, what are the consumer’s alternatives? They can employ sophisticated ad blockers, already being used by between 30% and 40% of US consumers, for instance. This would reduce the volume of unsolicited or irrelevant adverts reaching your timeline; but won’t prevent your personal details being retained on a corporate server somewhere.

They could try and negotiate particular terms and conditions (T&Cs) for their subscriptions. Facebook’s standard T&Cs run to 14,000 words and eight pages; so the likelihood of consumers attempting to redact these, securing Facebook’s consent, and then ensuring full compliance of the same looks remote, to say the least.

What about users actually charging Facebook a commission for trading their personal data? This is just as compelling as it is impracticable.

To quote Sheryl Sandberg, Facebook’s COO: “To this day, we still don’t know what data Cambridge Analytica have . . .”.

Despite Facebook’s current imbroglio, the benefits of social media to bring people together, provide access to services, and facilitate the sharing of knowledge are uncontested. So how can these benefits be maintained in an environment that acknowledges people’s right to privacy, and the individual, personal value they associate with the same?

One option that I’ve written extensively about, is the idea of ‘clean feed’ services; subscription-based models free of any unsolicited ‘push’ content. The dating app, Tinder, provides one example of such a model in practice; users pay $4.99 per month to browse with complete anonymity.

To quote from a blog I published on the subject in January this year:

What price is your privacy? How much would you pay to enjoy all the benefits of social media with zero adverts, the so-called ‘clean feed’ subscriptions? The question contradicts the social media business model, which is based – in the final analysis – on selling your data to the highest bidder. . . . But the next time you’re browsing the web or enjoying a video on YouTube, remember that Google is watching your every move; because that’s the price you pay…”How long consumers are prepared to ‘pay’ for such ‘free’ services with their privacy remains to be seen.  . . . . .

At some point customers are going to rebel and ask – how much is ‘free’ social media really worth? And those who value both their social media services and their privacy will opt for ‘clean feeds’ (i.e. zero data collected) in return for a monthly fee. I appreciate that the entire industry – from social media platforms to advertisers – will ridicule this notion; but I believe that they are in denial because their current business models depend on it. However, it’s just a question of time; one too many data breaches, one invasion of privacy too far, one more inappropriate, unsolicited advert…and the age of ‘clean feed’ subscriptions will be upon us.”

The Facebook/Cambridge Analytica scandal has made this insight more prescient than I could ever have imagined. Remember – in the likelihood that such insights are certain to have many fathers – you read it here first!

Redefining Public Relations in the Age of Social Media

The secret of the Rufous Treepie