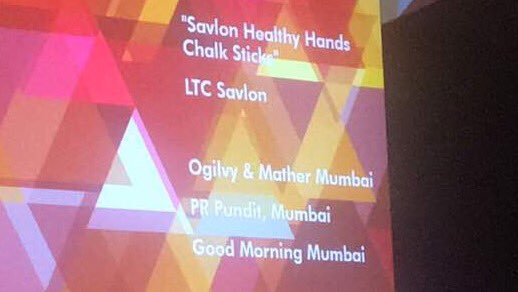 I have been writing annually about the elusive Cannes Lions since I began my weekly columns in June 2013, with a break last year in protest so this is my fifth one on the topic as I wrote twice one year. This time there is more joy than there was in the past. But before that you must check the previous write-ups for context and history.

I protested last year because an Indian firm did not win. I think the jury is largely western which only considers social campaigns worthy without a focus on commercial campaigns. I protested because PR firms do not enter but luckily take credit in all fairness where the primary entrant is an ad agency. Is this a First Mover Advantage or just PR firms not standing up for what should rightfully be theirs for the asking.

The Grand Prix has again gone to an ad agency. And as Holmes Report mentioned if not for the new rule of sharing credit no one would have known the PR firm behind the Gold winners.

Well, this time it was different for an Indian firm. Though it was not the primary entrant in the PR Lions category it found mention in the credits as per the new rules and was talked about highly and with equal respect by the client. This itself is a good enough reason to celebrate and we must celebrate it in a big way. While Padmashri Piyush Pandey was quick to mention his team members in the Economic Times article filed by Ravi Balakrishnan, kudos to Sameer Satpathy of ITC, which now owns the brand Savlon for mentioning PR Pundit as an integral part of the initiative. Media outlets have also just mentioned Ogilvy as the entrant.

What is important here is that the client has given the PR firm its due and that a home-grown independent PR firm is in the reckoning and the campaign is brilliant. Again, the boss man at Ogilvy has also mentioned the name of his team member who came up with the idea. Check it out here – https://www.youtube.com/watch?v=VVWUlWEfJ1k

It is unfortunate that the PR firms do not negotiate with clients to be the main entrant for a campaign in the PR category. It is also sad that ad agencies who pay the humongous fee and enter do not want to share the credit and the limelight. In some cases, PR firms wake up to the reality and then send out a media release to state that they won a campaign. If their name is not part of the announcement or does not feature on the official website, what is the point of a media release?

Anyway, with regard to the Savlon Healthy Hands Chalk Sticks credit must be given when it is due – to Archana Jain, Paarul Suri and the team at PR Pundit take a bow. You did what very few firms did this year and what no other Indian firm did. It’s time to celebrate internally and externally. Let’s hope firms like yours enter and win next year where the ad agency gets supporting credit. Because you deserve to be up there. You are awesome and we all know it.

Lines are blurring and the canvas is fast changing: The time for PR is now!

How are new age companies engaging with their employees?