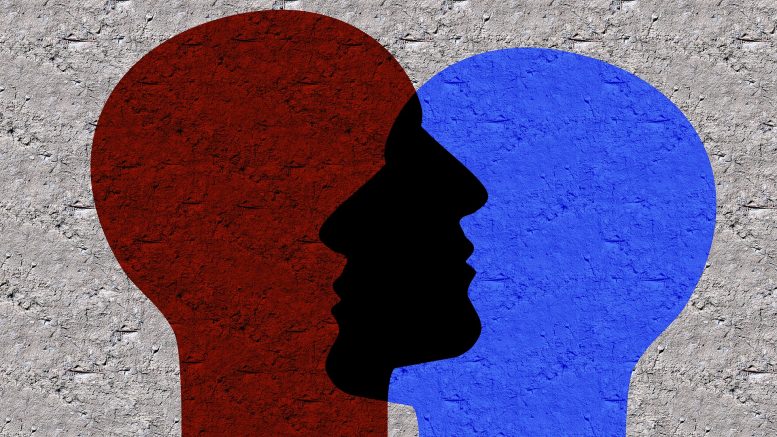 Identity Politics refers to when groups call for special treatment based on gender, religion, caste or other characteristics. In politics this idea is used to qualify and bifurcate groups of people with similar beliefs, into mutually exclusive and homogeneous vote banks. Acknowledging the validity of the groups, and promising to be favourable towards these identity is a common political tool.

The closer we inch toward the general elections in 2019, the more instances we see of identity politics being summoned into political discourse. Just this past week a poster calling for “Smashing Brahmanical Patriarchy” held by Twitter CEO Jack Dorsey aggravated Brahmins (and most of right wing), while senior Congress leader Kamal Nath was caught on camera calling for targeting Muslim voters as a key strategy, admitting that unless “90% Muslim voters come to vote, we are in trouble”. In the former instance, the identity of a group was attacked, and in the latter, a group is being integrated into campaign strategy for its homogeneity. Outside of politics as well several groups have lobbied tirelessly to be recognised, and treated accordingly.

The tendency to feel entitled for differential treatment starts at very basic levels of identity and can transcend to some complex ideas as well. From the issue of gender rights emerged Feminism and the fight for women’s rights, which manifested politically into the effort to abolish triple talaq, for example. Further up this hierarchy, identity politics broaden from the laws that are passed, to who passes them, and identity groups want “their people” to represent them. Ultimately, groups want the ideology to which they subscribe. So an individual could, at the same time, be a part of many identity groups of varying degrees of complexities and outcomes. And in a cultural khichdi that is India, the identity groups can be endlessly fragmented.

The sensitivity of the issues, or perhaps more significantly, the sensitivity of people toward these issues creates an illusion of binary choice. That you’re either for this group, or not. If you don’t support affirmative action for a certain group, you’re racist to that group. If you’re not for reservations for women in politics, you’re sexist. It often leaves no room for moderateness or even debate.

The truth is that politics should not be seen as a zero sum game – where the rights of a certain group come at the cost of others. A middle ground exists, and can be reached by constructive & inclusive approaches, not destructive and divisive mentality meant to exploit identity politics for personal gain. But discussing utopia is not the goal of this post, it is to see what political communicators can make of such a reality – that people are inclined to feel strongly for the rights of a certain group which has been “ignored”.

At the core of such inclinations is the psychology with which we consume media, especially social media. We gravitate towards progressive ideas (and repulsed from conservative ideas) and those who present them. On social media we want to be seen to be progressive and hence are more likely to support affirmative action. The problem is that it is nearly impossible to fully understand the broader consequences of affirmative action, on other groups. Obsession with the rights and privileges of their own groups has gone beyond concern for rights of others. But as a general rule of thumb, just the right amount of progressiveness in an idea can beget popular approval.

Another factor that can amplify the opportunity in identity politics is tribalism. In communications parlance Brand Tribalism refers to when a group of people are linked by a shared belief around a brand. Members of these tribes are more than just customers, they’re believers and advocates. They are capable of collective action and therefore have implications for politics. They will stand stronger with and fight proactively for their tribe and the central ideas. Naturally, politicians get attracted to this easy access to a circle of influence. In fact the marginalised the tribe, the more steadfast vote banks they can be.

Politicians will prominently woo their tribal vote banks by emphasising the inclusion of their demands heavily in their manifesto and other election promises. Just a mere mention of an identity group is enough to get a headline. As far as that is concerned, Indian politicians have a buffet of options to choose from – Muslims, Farmers, Dalits, Women, Rural India etc. (although the most common item on this spread are The Poor – consistently finding a place on Indian political manifestos for the last 70 years) Now, there may not be sinister intentions at the outset, and some politicians may indeed want to fulfil their promises, but it cannot be denied that for the most part, it is difficult to hold them accountable to their promises and easy for them to get away. It is one thing to win over a constituency and another to govern it.

Do you think identity politics is good/bad or is being practised in a good or bad way? Share your opinion in the comments below or on Twitter at @HemantGaule