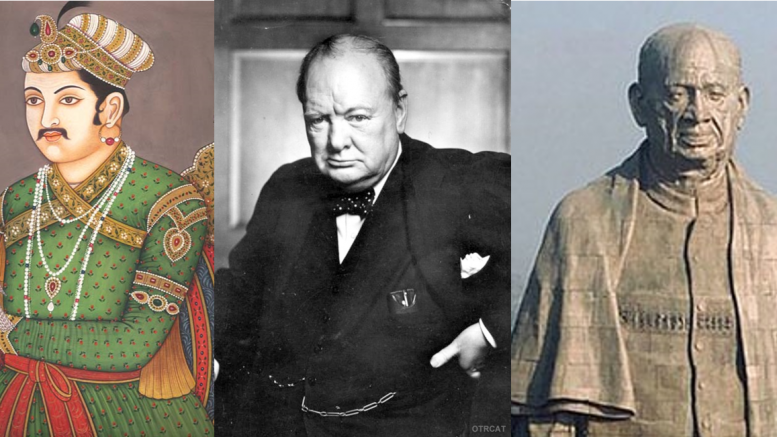 There’s a lot that rides on what the society believes their history is. Their version of history defines their present decisions and consequently their future. I say a “version” of history because, while there is only one fact, there can be many beliefs based on that fact. History is written by winners. And then re-written by those who defeat these winners, and on and on the cycle goes. In politics we frequently come across politicians raking up their versions of our histories which suit their narrative and justify their decision making.

At the end of World War II, the Allied forces conducted the Nuremberg trials – a series of military tribunals held under international law for prosecuting criminals of the war. Essentially, colonising nations, that were themselves guilty of atrocities and plunder across the world tried Nazis for similar crimes. But the hypocrisy went unnoticed, since history is written by winners, and the allied forces won the war. A similar tribunal was held for the prosecution of Japanese war criminals – “Tokyo Trials”. An Indian jurist Radhabinod Pal, was one of the only two Asian judges trying, and pointed out the hypocrisy of the British, in prosecuting the Axis Powers while ruling dozens of nations.

But how do we allow different versions of history, especially in the age of internet where universal knowledge is unambiguously available to everyone? The approach and means by which significant historic events are recorded are highly dependent on social norms and popular culture. That very internet, for example, creates sub-cultures that are willing to believe only the version of history with which they subscribe, or that conforms to their biases.

The power of media to define history manifests in three ways. When reading/writing was a privilege, those who could do so decided the version of history that was recorded. The next big privilege was access to information and ideas, upon which that version was created. The third is the network of influence and credibility wielded by “historians” that legitimises their version of history. An illustration of this is the Whitewashing of Mughal and British rules in India. For quite a while after Indian independence Nehruvian ideology was averse of enraging minorities in India, to the point of overcompensating for it.

Until the 60s and the 70s, the access to media was largely limited to the educated elite, who subscribed to such philosophy. Most of the writing and publishing of the era, therefore, tries to present a glorified version of Mughal and British rules of India. Gradually for the sake of preserving communal harmony, the focus tilted in favour of the positive contributions of these rulers, than their transgressions. This focus percolated into our education system and most of us have grown up reading about a watered down version of the Mughal rule, with limited to no mention of their atrocities. This institutionalisation was ushered in by thinkers and intellectuals who wielded credibility. This is captured beautifully in SL Bhayrappa’s book Aavarana –The Veil (among my all time list of top five books I’d recommend). The outcome was books, TV series, plays and other works of art and literature, glorifying Akbar (“The Great”), and Tipu Sultan Ki Talwar (The Sword of Tipu Sultan) occupying in Sunday morning slots on Doordarshan (as good as prime time in the early 90s, to an audience of nearly a billion people). We see similar attempts being made today, for political gains or ideological balancing. The resurrection of Sardar Vallabhbhai Patel’s values lately, is as much about giving him the recognition that has been due, as it was about subverting Nehruian ideology.

At the fag end of his second and last term, former Prime Minister Dr. Manmohan Singh famously said “History will be kinder to me (than media)”. Perhaps these words were derived from a similar statement made by another former Prime Minister, Winston Churchill, who said “History will be kinder to me, for I intend to write it”. And how right he was. History remembers him as a steadfast, ballsy PM who ended the War. Very few remember him for his atrocious decisions and plunder of the subcontinent. That quote of his is more famous than another he made during his tenure – “I hate the Indians. They are a beastly people with a beastly religion”, or the one referring to Indians dying in the Bengal famine of 1943 – “Well, it’s all their fault anyway for breeding like rabbits”. 3 million Indians had died in that famine due to continuous increase in tax by the British Indian government of the time, and Churchill’s decision to divert grains to their troops, even when his advisors suggested it wasn’t necessary. 3 Million, just in the Bengal Province, only in 1943. That’s the same number as 50% of all Jews killed by the Nazis during the Second World War. And Churchill is proclaimed as a hero globally. On the subject, Shashi Tharoor has written a fantastic book – Inglorious Empire.

So Dr. Singh is proven wrong, since he’s not around to write it. Churchill has been proven right as he made sure he was holding the pen.

Be the first to comment on "Politics of Memory"

In Conversation with Purnima Sahni Mohanty