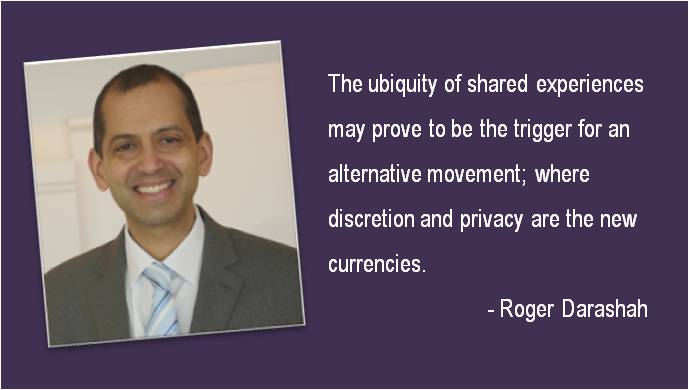 Today’s generation Z (under 25 years) can barely remember living without the Internet; and not just connectivity, but 24-hour, any location, broadband connectivity. Low cost broadband and the availability of public wifi has rendered the concept of downtime as meaningless. According to a research from the Hindustan Times, India’s 22-25 year olds can bear to spend 2.9 days away from social media, while their younger counterparts (aged 18-21) fare little better in the resistance stakes with 2.8 in days their Internet-free limit.

Young India’s predilection for living their lives online is well documented. According to a paper published in 2016 in the Journal of Communication and Media Studies based on analysis of over 60,000 ‘selfies’, social media ‘likes’ and ‘follows’ have become a type of currency for India’s youth. They have also contributed to establishing the country as the ‘selfie death’ capital of the World.

The default is clear amongst India’s youth; the exception is what’s not shared on social media, as opposed to what is.

However, there are signs of a counterculture; a backlash to the relentless scrutiny of digital and social media. Globally, 34% of consumers feel ‘constantly followed’ by brand advertising on line, while a quarter of the youngest consumers (aged 16-24) already employ ad blockers.

According to US market research published in the Casandra Report, 55% of post-millennial respondents don’t like things that last forever online, and another 55% said they’d rather be anonymous than vocal. A further 76% said they thought other people shared too much.  Other research from Lithium suggests that 74% of US Generation Z and millennials did not like being targeted by adverts via their social media feeds, and 57% said they are so turned off by adverts appearing in their feeds that they have either cut down on their usage, or stopped using certain social media platforms altogether.

Already in the US, there are signs that Generation Z is abandoning ‘intrusive’ Facebook for more anonymous social media platforms such as Secret or Whisper, as well as Snapchat, where compromising or incriminating content disappears almost instantly. The newspapers are full of celebrities, public officials and many who are neither, who live to regret an indiscreet social media post which comes back to haunt them. Philip Neville, the recently appointed manager of England’s Ladies Football team being the latest example; his sexist comments on Twitter – published six years ago – have led calls for his dismissal, even before his first day in the job!

Widely publicised data breaches from companies as diverse as Yahoo and Equifax are adding further incentive for consumers to share less. The emergence of crypto-currencies such as Bitcoin may be a further reflection of a desire to live more discretely. In the case of Bitcoin, for instance, personal data is exchanged as part of any transaction, but it can only be accessed through the user’s personal, individual key. Unlike conventional platforms, it is the user who controls the distribution of his/her data. These so-called individual ‘encrypted ledgers’ also represent a huge disincentive for hackers; according to a report recently published in the Harvard Business Review: “Each single ledger entry among billions would need to be found and then individually ‘cracked at great expense in time and computing, making the database as a whole very safe.”

These instances add up to a powerful logic to abandon the logic of sharing everything on social media, towards a more discrete, private existence, ‘off the grid’. I believe that future generations – perhaps Generation Z, perhaps their successors – will seek to liberate themselves from such social media oppression.

And I’m not sure that I’m alone in this thought. Apple’s ‘Apocalypse’ advert anticipates a world with no apps where civilization, wholly based on sharing photos and ordering pizzas online, collapses. It’s a fun satire on where our dependence on social media could take us unless we exercise some discretion about what we share.

What would an ‘off the grid’ world, characterised by consumers who value their privacy more than anything else, mean for brands?  How would they reach their consumers? I’m not sure that I’d be too concerned. In a truly ‘off the grid’ society, rest assured, it’s the consumers that would find the brands!

What makes a successful PR campaign?