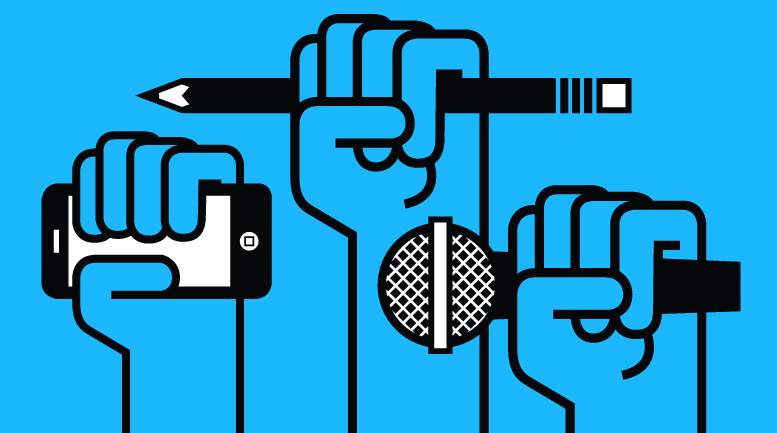 I am writing this on World Press Freedom Day, May 3. As the old Chinese curse goes, “May you live in interesting times.” If the Internet and social media are any indication, the press has never been freer. Anyone with a smartphone is now a publisher, reporter and editor. Yet, there is concern that President Donald Trump in the US targets the respected New York Times or CNN while in India, the word “presstitute” became common currency after the army-chief-turned-loose-mouthed BJP leader and minister Gen. V.K. Singh used that to describe journalists.

For some reason, I am reminded of French thinker Jean-Jacques Rousseau, who famously said:

Man is born free and everywhere he is in chains.

I can add, desi style: “Same to same for press freedom, saar.”

I think there are four major challenges facing press freedom today — ironically hindered rather than helped by democracy and new technology.

What all that means is that we are in the painful throes of reinventing journalism as we have known it. The “controlled” model of editors and media institutions is a bygone luxury, while commercial and political populism have resulted in a new landscape that needs careful re-examination. I am happy to see bodies like the Independent and Public Spirited Media Foundation funding a slew of bold and new publishing ventures (mostly digital). I am happy to note that the odd right-leaning Swarajya is found there in bed with the left-leaning The Wire in the foundation’s stable of grantees.

But we have only just begun. The new landscape — in which even the word ‘press’ is an anachronism — needs more than a few pennies for its thoughts because the challenges I have listed above need more than good intent and old-fashioned slogging. We need to go beyond to evolve sustainable models of news-gathering, communication and business. There is lots to do.

Be the first to comment on "Old media style won’t do. Press freedom is in a complex new landscape"

Ongoing Communication with Media is Vital