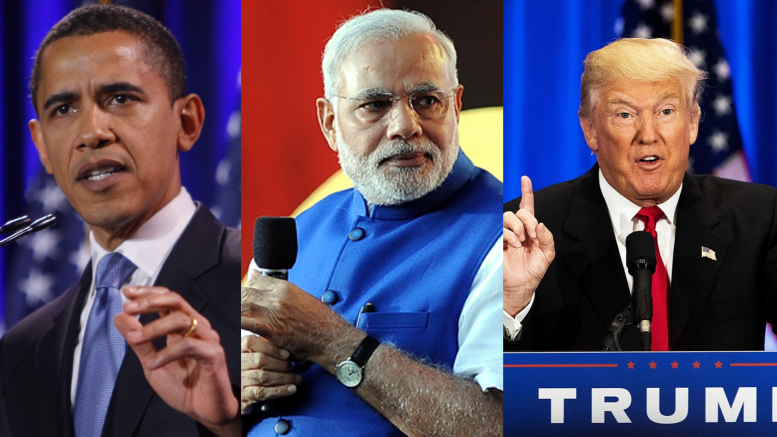 If you’re in the subcontinent, the odds are you have been exposed to a political speech by one political leader or another. The odds are that you are even more likely to over the next 12 months, in the run up to the 2019 general elections.

A political speech is more than just an opportunity to parade leaders’ charisma. In a country where most people live without access to digital platforms, speeches are the best way to engage them directly. At the outset the crowds that gather to be a part of it create a buzz around it, and the noise and the traffic jams and the sloganeering beget unsolicited attention towards it. Such social mobilisation garners a very tangible commitment from supporters – of showing up. But perhaps most importantly, a political speech serve to set the narrative – anything provocative said in a political speech gets blown up and debated for hours across the twittosphere and TV channels.

Granted such an importance, it is imperative for Indian political leaders to be able to hone the art of speechmaking. Fortunately by virtue of it being such a public activity, there is a wealth of speeches to look at and learn from. And one thing is for certain – while the language, fervour, purpose and platforms of speeches change, the art (& science) of what makes an effective political speech has more or less remained the same. We will look at some of the aspects of a good speech:

The ability to connect with the audience is probably the most crucial factor to a successful political speech. A powerful person speaking from a pedestal to seek more power or a stranger suddenly claiming to understand & better your world won’t find it easy to instil confidence immediately. That’s somewhat the situation that Barack Obama faced when he gave his keynote at the 2004 Democratic National Convention.

President Obama is an amazing orator but it was his first major speech – “The Audacity of Hope”, which IMHO is the best political speech delivered in modern era. He was a half African American son of an immigrant and (relatively) unknown face elevated to presidential candidature, and had to build his case pretty much from ground up. He did that perfectly by weaving his own story into the larger American story. It’s a must watch:

Being aware of where, when and with whom you are helps. This includes knowing and addressing the socio-cultural events at the time the speech is given, and of admired local figures. There is a role of symbolism here as well, and it all adds up to being more connected with your audience.

Prime Minister Narendra Modi has been one the best in the country at giving political speeches for nearly a decade, and he harnesses this power well. But what makes his efforts in this area special is that he also gives more speeches in a larger number of cities and towns than any other politician in India; often several within a day. That means knowing who’s a local hero in one city, which festival is being celebrated in another and reciting a colloquial verse in a different language within the same day; often while wearing different headgear

Political speeches with a goal of soliciting votes should build a contrasting case – This is the present and that could be the future; here are your problems, and here are our solutions; we’re the good guys, and the other guys are bad. Such a Problem-Solution model or a SOSTAC gives a good frame of reference for the proverbial bull that’s about to be sold. There’s a caveat here though, its equally important to get to the point quickly, and not get carried away in describing status quo.

In lengthy speeches the central messages can get lost. That not only makes it difficult for the audience to easily put their finger on the key takeaway, but leaves ideas up to interpretation of journalists, TV debaters and public at large. Catchy, provocative catchphrases and limericks that can make up for good hashtags can go a long way. From President Obama’s Change We Need to President Donald Trump’s Make America Great Again, some of the most memorable campaign slogans emerged from speeches and conveyed the central idea in the simplest way possible. PM Modi in this regard is known to concise his central message in the most provocative often abbreviated catchphrases that become trending hashtags within no time. To a certain extent, it is also a way to have as much control over the narrative as possible.

The art of public speaking will give you the nuances of reading the room before and while you talk. In political speeches, knowing your audiences well can help you regulate the complexity of your speech to levels comfortable to them. There’s no point, for instance, talking about complex economic indicators to a crowd of unskilled labours who are curious about how you will help them get a better lifestyle. This contrast as been visible in India’s current PM – Modi, and former PM Dr. Manmohan Singh. The latter has been one of the best economists India has had and arguably the most qualified technocrat in the PMO. But one of the many reasons why he lacked mass appeal was this.

President Trump has mastered this skill more than many others to be highly effective in his political speeches. Here’s a very interesting analysis of how President Trump answers a question:

What’s interesting is this gist: of his 220 word answer, 172 words are 1 syllable and 39 words are 2 syllable. A whopping 96% of his speech here uses as simple words as possible. Because he knows his audience well and speaks to them directly

This comes straight from the book of salesmen – the power of repetition. Repetition is a powerful because it helps the message sink in, and cement itself into the listeners’ subconscious. But it is not the same as saying the same thing repeatedly – its about substantiating and articulating the idea in in multiple ways. If you got a chance the see President Obama’s political speech, he uses this tact wonderfully – to manifest in many ways what the United States of America was. In PM Modi’s run up to the PMO in 2014, one of his most powerful speeches was My Idea of India, on similar lines, what defines India is. A significant part of the speech is in Sanskrit, so here is a version with some translations:

Finally, effective political speeches must surmise a very clear call to action – a straightforward ask. It is not enough to build an extensive case without clarifying how is it that the listener can show their commitment into the idea that they have just bought. Frequently it could be asking your audience to come and vote for you. But it is also an opportunity to reinforce the central idea and link it to this action. Vote for Change was the most frequent cry by Obama campaign that led him to victory in the previous decade. Vote to Make America Great Again in this decade. Vote for “Acche Din” or “Congress Mukt Bharat” were the slogans that brought in India’s current administration.

A good political speech is a lot more than just its content. It is your connection in those few minutes that you make with the audience, it is the ability to speak exactly what your audience was thinking, through the language of your words and body. And it is an art that every politician must master.

Do you agree with this list? Which other factors do you think count to make a good political speech? Comment below or tweet to me at @HemantGaule.