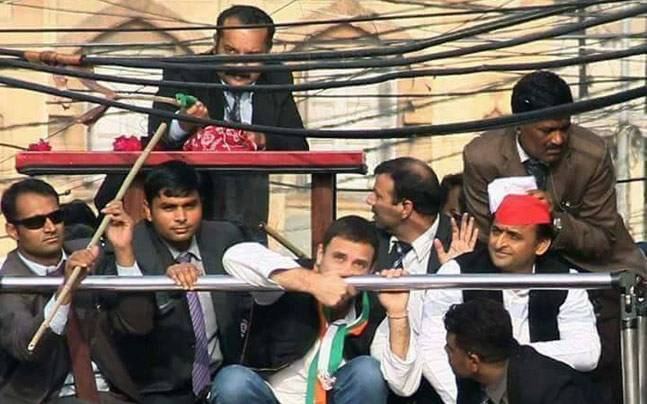 Five hyperactive years in Indian politics are coming to their #Endgame. More people being inducted into political discourse (some inadvertently) in the last five years than ever before, and it has been catalysed by political parties and their quasi political think tanks infiltrating Instagram, Facebook even Snapchat, to your uncle who sent you unsolicited conspiracy theories on your family WhatsApp group. The volume has just increased.

The 2019 general elections are likely to be announced next month and may follow a pattern similar to 2014, running from April to May (and the model code of conduct will come into effect towards the end of March). So effectively there are just about three months of campaign activity left. Here is my prediction of what those will look like, from the perspective of the voter.

Modi wave was arguably the single most influential factor in 2014 that went in the BJP’s favour. Attempts are already being made to revive it, with the year, starting off with an uncharacteristically candid interview of PM Narendra Modi by Smita Prakash by ANI. This was not PM Modi interview (which have largely been meticulously planned and worded) but the campaigning Modi interview (straight forward and intentionally earthy vernacular). There appears to be cognisance by the BJP that it has its shelf life, but in the face of blistering no holds barred attacks from the grand alliance and in absence of substantial assets to boast of, this maybe BJPs’ best bet.

Communications teams will go into hyper drive. If the recent past is any cue, Congress will rely on scathing attacks on the few issues on which they have been able to latch on to. If the past altogether is a cue, you can expect uncoordinated BJP members to fumble. One thing is for certain, Mayawati will read a bland speech out of a paper and still get disproportionate coverage.

Public at large must be prepared for a flurry to questionable “alt truths” to intrude their social media. When the flow of information is so high, there usually won’t be enough time for individuals and fact checking organisations to check facts. Effectively the fake news is likely to be more influential now than it has been before.

From poster printing to media buying, people enabling these are going to have a windfall. Flags, banners, headbands, gamchas, with all sorts of branding in be produced en masse. The 2014 election broke many records for the amount of election expenditure made by major parties, 2019 is likely to be bigger, and these branding collateral make one of the most significant cost headers.

Public rallies that usually end up in speeches are one of the most common go-to tools of political parties for show of their strengths. Mostly populated by loyalists and party members, these rallies run through noteworthy areas of towns and cities, affecting traffic along the way. To a certain degree, the duration and size of traffic jams created by these rallies becomes an indicator of the success of the rally. Although I imagine that the common man who is the innocent bystander in this situation would call it a success.

John Oliver had this hilarious take on how election season looks like on Indian TV networks. While for many of us, even slightly familiar with Indian political dynamics, this may not be incomprehensible. Which is a sign of how amazingly it has become a norm, or at least so the networks believe.

Overall, the next few months are going to be a different kind of politics, less a conversation of policy, but more like a clumsy, no holds barred bare knuckle fight on steroids. And the onus is on the buyer to beware.

What else do you think we can expect? Let us know in the comments below or on Twitter @HemantGaule