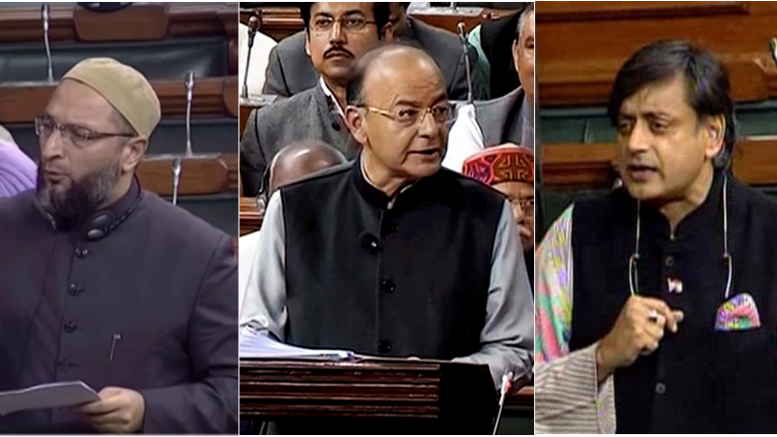 The General Elections 2019 could be announced any moment, to constitute the 17th Lok Sabha. Two weeks ago the 16th Lok Sabha met for the last time. The lower house worked for a total number of 1,615 hours over 17 sessions in five years. I have written about five key highlights of the Lok Sabha, and some moments that were small but significant.

The happenings within the parliament can be dreary for most, and hence by my estimate fewer than a million Indians watch a parliamentary debate at any given point in time. But that’s where the country’s largest legislation are being made, debated, amended, and undone. And hence the stakes of political discourse are the highest. When the Hon’ble speaker gives the floor to a parliamentarian, s/he has anywhere between two minutes to two hours to speak.

It takes a combination of skills and rapport to make the most of that time. It’s more than just public speaking skills; it’s the ability to read the room and manage the crowd. In the 16th Lok Sabha 16% of the time was lost due to disruptions. Then comes the ability to make proposals and suggestions impactful. Eloquent MPs will ensure that their contributions are packed with data and anecdotes, while making a case for why it is relevant for all their fellow parliamentarians to be interested in. Based on such effectiveness to communicate, I am ranking five parliamentarians.

While I have personally disagreed with pretty much all of the issues, ideas and opinions presented by Owaisi in the Parliament, the sturdiness, passion and conviction that Owaisi brings to his submissions in the parliament is unmatched. He also comes incredibly well-prepared for his speeches, which is perhaps necessary when you are likely to touch upon controversial issues. It’s a shame that he has spent very little time speaking because his presence and presence of mind is a treat to watch.

Jaitley is a better parliamentarian than a politician; more effective in a parliamentary speech than in an election rally. His experience as an advocate comes into play when eloquently presenting a case to the house. Not to mention of course that he had donned more than one hat during this particular house. Over the last five years he has held five ministerial positions, including defence and finance, arguably getting more air time than PM Modi himself.

*Though this speech is from the Rajya Sabha, it is illustrative of his command in a parliamentary speech.

PM Modi has proven himself to be a great orator in multiple settings. Though he is the only first time parliamentarian in this list, he did have an experience of 12 years in leading the Gujarat Legislative Assembly, before joining the Lok Sabha. Due to an expected hostile opposition, his controversial decisions and administrative success, and some of his hardliner statements, many of his parliamentary speeches saw many disruptions. How he has managed a hostile crowd as such, is worth a study.

Perhaps one of the most eloquent elected representative in the country currently, Tharoor had experienced debating and public speaking widely at various global leadership and academic forums. He demonstrates that experience in utilising the time in the parliament in making extremely targeted speeches, loaded with factual bases.

Yadav was one of the oldest parliamentarians of the 16th Lok Sabha and has grown from being a Sarpanch 58 years ago, to being a five-term MP. Being a politician who has risen from ground up, he brings the earthiness and rawness in the nature and content of his speeches. His presence therefore commands respect from across the house. His speeches and submissions are a good reminder of where this parliament stems from, what it’s made of and the Indians that it represents.

Who else do you think should be a part of this list? Let me know in the comments below or on Twitter at @HemantGaule

A Community for Founders to share the Joy with Pride