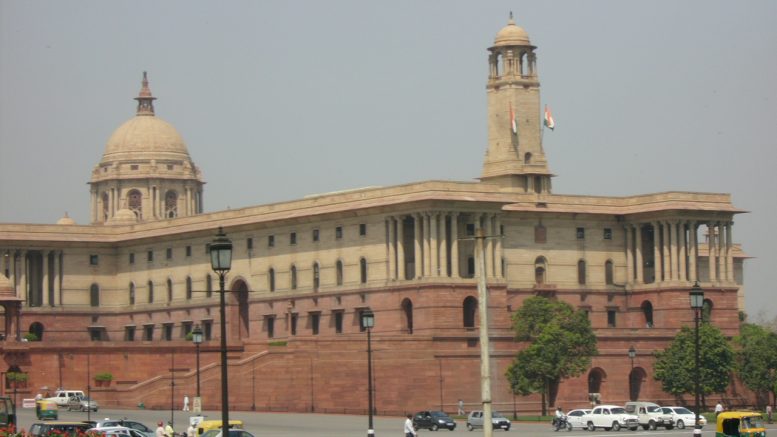 Lobbying – the attempt to influence business and government leaders to create legislation that favours a particular organisation is regulated to various extents around the world. There are about a dozen countries where it is legal outright, whereas in most other countries it is unregulated. While it is the same in India, instances and general practices in the past have led most of us to consider lobbying unambiguously tantamount to bribery. Nevertheless, being unregulated means the rules of the game become fairly hazy, open to interpretation and leaving a large grey area in which one can operate. And within that grey area is where a lot of complexities are tackled by public affairs – of how the policy environment is influenced.

To begin with, you have to appreciate the variety of stakeholders involved.

This is an oversimplification but consensus must be built with both in order for policy to be influenced.

Then there are influencers, which can be a varied set of entities, but almost always just as important as policy formulators themselves. These are domain experts, thought leaders, opinion makers, media etc.; who will opine on the changes you want to bring about. They’re important because they’re the crucial link between government and public – they’re responsible for educating both parties on the expectations of the other, and managing those expectations. Naturally, like any set of influencers, they have earned this responsibility of transaction of such information by being authorities in their respective areas.

Policy makers have their own hierarchy of factors to consider before they amend the norm or create a new one. As far as politicians are concerned, most of them value re-election above other reasons, most of the time. Which means normally they wouldn’t favour risky moves and radical changes; at the same time favouring being credited with decisions that are egalitarian and populist; while trying their best to avoid the term “socialist”. Of course, the actual good of the country at large and their constituents specifically also features in that hierarchy, especially if it also conforms to the aforementioned two factors.

They may favour a policy move in thought, but any real action is only subject to a conducive environment for the policy – in which acceptance is possible seamlessly, if not one which is entirely favourable towards the policy. And until the nature of that environment becomes clear to the policy makers, they are unlikely to communicate their stance on it. It is a sort of unofficial referendum that they wait for, before taking a stand on it. And for issues that do not have a precedence, where a new policy is likely to be formulated, “lobbyists” or public affairs consultants are expected to create such a conducive environment.

They’re responsible for setting the agenda around a policy – priming of issues (what issues to be discussed) and framing (what to be discussed about those issues). They’re responsible for “educating” concerned audiences – individuals and groups that are beneficiaries of a policy change, or anyone directly or indirectly affected by it. This public engagement can happen over variety of platforms and influencers play a crucial role in adding weight to the way the issues are framed – mainstream media, local media, community leaders, social advocates all have voices that must resonate with the favourable outcome. Therefore it is usually a good idea to have extensive research conducted on the issues, for experts and media to refer (which is why research – primary and secondary is one of the biggest tasks performed by public affairs specialists). Quite often this public engagement is a two-way street and discussions on the issue must be enabled on easy-to-use platforms.

The success of the policy move is inversely correlated to how radical it is – how big will be the shock to the affected. Given that sometimes policy change is inevitable, one of the most important outcomes of public affairs is to cushion that shock.

Can you think of any examples of successful (or unsuccessful) public affairs campaigns? Let us know in the comments below or on Twitter at @HemantGaule or @RepTodayMag

Scope of Public Affairs in the Current Indian Business Landscape

Be the first to comment on "Elements of Effective Public Affairs"

In Conversation with Madhu Chhibber