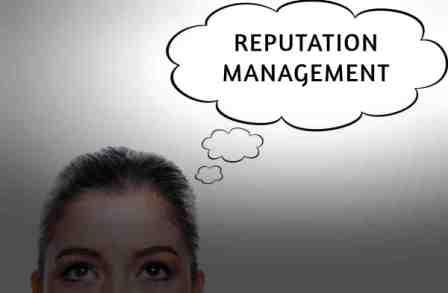 Recently when the churning happened in Uber, it climaxed with the resignation of Uber’s co-founder Travis Kalanick – it was reported that he ‘finally found a battle he wasn’t willing to fight’.

This brings up the issue – who protects the reputation of founders of start-ups? Once upon a time, founders were the guiding light behind the scenes; but now, it has become common to see them leading from the front.

Here, the question comes up: how to best align founder profile with the wider corporate reputation? It is an acknowledged fact that the apparent success of an organisation is strongly interlinked with the profile of its leader – the higher the founder’s profile, the better people perceive the organisation. While examining the reputation of Apple and Amazon we find them consistently highly rated, while their founder CEOs also reflect high positive impact.

Taking the case of Uber, which was launched in 2010, it had established itself as one of the most successful and hi-profile start-ups. And much of Uber’s success had been attributed to the highly driven personality of its founder CEO – Travis Kalanick.

Tracing Uber’s growth, it had been built on disruption of an established industry – by providing low prices and convenience. And, cab aggregators are now a hit with commuters. Cab aggregators had vied for space and become a hit too. But, soon it reached a point, where it became challenging times for Uber , who were faced with controversies galore, including multiple lawsuits, sexism claims, driver-less car crashes (and even Kalanick’s connections with President Trump during the controversial travel ban!).

Arguably, reputation reflects one’s personality and calls for the respect that the person enjoys. And, most organisations are recognised by the personality and reputation of the founder – for eg Ford, Sony, TATA, Aditya Birla Group and so on. Travis Kalanick had earned a reputation as a relentless businessman who refused to negotiate. It was reported that he never ran away from a fight. But, when it came to the ultimate – The Big Fight – to remain at the helm of affairs, and steer the start-up that he had built (which had escalated to an industry giant), that had rewritten the rules of the game – the way people commuted, the co-founder and chief executive of Uber Technologies Inc did the unpredictable: He Quit!

The board was quick to assert:  “Travis has always put Uber first. This is a bold decision and a sign of his devotion and love for Uber. By stepping away, he’s taking the time to heal from his personal tragedy while giving the company room to fully embrace this new chapter in Uber’s history.”

Looking at other prominent players in the business scenario, Tesla’s reputation is enhanced by its values and goals being aligned with, but not solely defined by, its founder CEO. Meaning that, similar to Virgin, the company can benefit from its association with a leading personality, pushing the agenda at the core of its business.

With clear reputational benefits from a strategic alignment between founder and company, it is important for communicating certain values – to be able to identify, measure and track how effectively these messages are permeating with their key stakeholders.

The underlying principle is that if an organisation has a weaker reputation than the founder, it is likely to face increased reputational risks and volatility. Strong founders, whose reputation and vision are aligned with that of their company can indeed, enhance reputation. And, last but not least, communications teams need to plan, keeping a clear strategy in mind.

Reputation bashing? Some tips to take it in your stride

Be the first to comment on "Reputation rising: no easy job for founders"

Influence, Influencers and the Influential