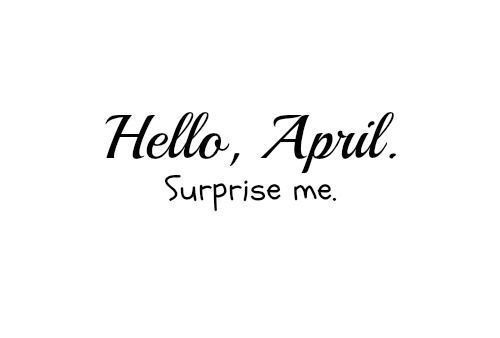 April is the cruelest month, according to T S Eliot, who wrote these famous opening lines to his epic poem “The Wasteland”. April is typically associated with spring. But, this “classic Eliot topsy-turviness” was confusing, critics debated. How can April be cruel? This insight reveals a mind that doesn’t revel in these things as expected, for “breeding/Lilacs out of the dead land mixing Memory and desire, stirring Dull roots with spring rain”. We can argue to the moon, on this!

That aside, cut to April 1, 2017. We are all familiar with this date and the ‘fun’ times that we can recall. Twitter was trending with hashtags like: #aprilfoolsday, #aprilfoolsday fake news and #FekuDiwas. At the start of the day itself, I came across the breaking news by The Northeast Today – Shillong city stunned as a huge flying saucer hovers for several hours! The news ended with – “before the temper gets the better of you, and before you pass any comment, do remember hat today is April 1st – April Fools Day!”

Then tweets followed endlessly. In a smart move, Mumbai Police tweeted – It’s still #aprilfoolsday for miscreants who believe they can stay out of our reach eternally! #BeSmartNotAFool. Someone tweeted that April Fools Day is banned in China.

Yes, but popular brands too got onto the ‘April Fool’ act. The news came up – Burger King launches Whopper Toothpaste’, and that fans of the flame-grilled taste need no longer worry about leaving the house without the fresh taste of hamburger in the mouth! Openly giving directions, it said that Whopper Toothpaste, apparently packed with active ingredients for gum hygiene, will be sold at Burger King restaurants as well as pharmacies! Brand Honda declared it was getting into “the dating game”. Using windscreen wipers, drivers could now “swipe” left or right to find their perfect passenger using a Honda dating app. Not to be left behind, Coca-Cola revealed that it was launching a helium variant – to give customers that “chipmunk-esque timbre to their speaking voice”. Kate Miller, Coke’s marketing manager, said she hoped sales of the new drink variant would “balloon”!!! Pizza Hut Delivery served a ‘spa retreat’, for who could resist the allure of dough-rolling classes to knead away stress, by sitting in a life-size pizza oven? That was the question being asked by Pizza Hut Delivery through its social campaign.

Then on Instagram, I spotted YogaToday announcing – It may be April Fools Day but this is 40% off. No joke. Annual memberships today only! I wonder how many people joined up???

Talking about April Fool’s Day fun anctics, I remember, last year, when Facebook’s CEO Mark Zuckerberg and clothing brand H&M got together to play a bizarre prank. They decided to troll the world with a unique collection, inspired by Zuckerberg’s dressing choice. Given the fact that he normally opts for a basic T-shirt and jeans, it was quite surprising! The collection included a pair of blue jeans and 7 identical grey T-Shirts (true to Zuckerberg’s style!)

Apart from the shenanigans of April Fool, we had the Navratra season following suit. The nine-day fasting period of the Navratris, which culminated in the Ram Navami festival – considered to be an auspicious festival, when Lord Rama was born. Suddenly this fasting period saw food became top priority, and you could see everyone totally engaged in a ‘fasting’ schedule. Trying to ensure that people do not miss out on tasty meals, many restaurants in the city (and the country), got into the act. Rightly so, they started serving Navratra menus.

So, if you were planning to go vegetarian and observe the Navratra fasts, you could opt for a specially designed 3-course Vrat meal at Soda Bottle Opener Wala. Or you could choose Navratra Thalis at Chor Bizarre, Bikaner House or Haldiram’s. Punjab Grill had packed in many Navratri Delights. There was a Navratra Food Fest thrown in at Sattvik. You also noticed Pizza Hut’s Navratra Special where the offer was – Buy 1 Pan Pizza and get 1 FREE!

So, April is for sure, abuzz with amusing, captivating antics….and this is not the end, for there is more coming our way!

Be the first to comment on "April: abuzz with amusing antics!"