We invited nominations from teams on social media and on the portal in the month of March. Over 50 teams submitted information that was collected and sorted by the content team. Based on the data that the teams shared, they were scored on various parameters out of 14. Thereafter a four-member jury independently evaluated the Top 30 teams and gave a score out of 10 each. The total was tabulated to arrive at the ranking of the Top 30 teams. There were several teams that tied at similar scores.

In addition to the honour of being listed and celebrated on social media, teams that feature here may get rewarded by the management of their respective companies. Teams may look forward to two other key initiatives in the year, including 40 under Forty and the Fulcrum Awards. We will also run a series of articles contributed by members of the 30 Top Teams. We will offer special deals for members of the Top 30 teams to PRAXIS during May for online registrations, and to the Super Night in December. 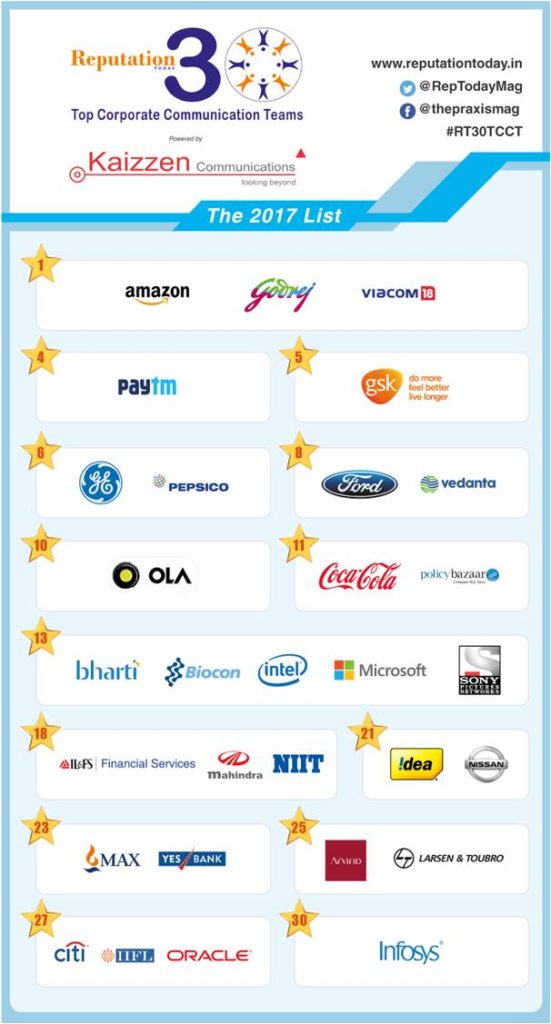 Woman, you need to break that bias in your mind!

#RTSPECTRA: The Role of Good Content in Impactful Public Relations