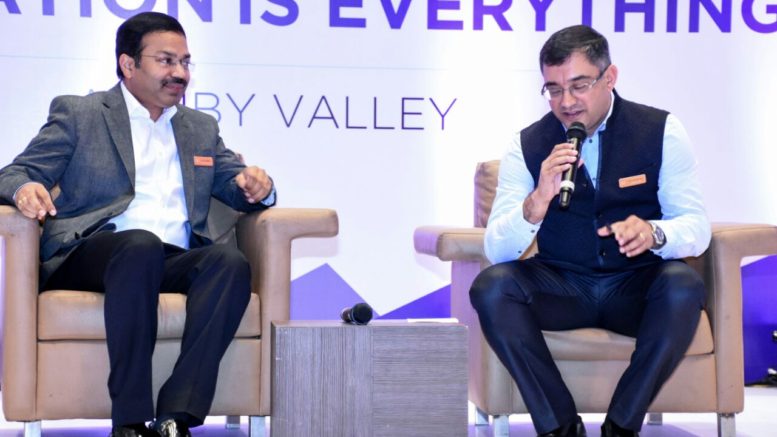 “The Transformation of Print Media & Readers of Middle India and Implications for Corporates” was the topic presented by Alok Sanwal, COO & Editor inext, Jagran Prakashan Limited.

Tracing the transformation of  Regional Print Media through the different stages – from Nationalism to Socialism to Activitism to Consumerism, Sanwal pointed out that the origin of Regional Print Media in India was actually centered around ‘nationalism’ in the pre-Independence era and Print Media brands were born out of the fight for independence. In fact, Hindi Print Media was the front runner of the freedom movement, and Hindi is the largest linguistic zone in the country. It is interesting to note that today’s leading print media houses were all born out of India’s freedom struggle. So this brought about a shift to Socialism, and then came the Nehruvian era. Socialism was the dominant theme during this period and the role of mass media in development & nation building was dominant. Hindi newspapers democratised access to information, “in an era that was clearly a journalists’ delight – people became news consumers as well as news makers”.

Then followed the rise of Activism. The 1970s and 1980s emerged as the aggressive phase of ‘anti-system’- Mandal, Corruption, License Raj and, Print Media transformed into an ‘Activist’. There was a change in Political scenario as far as regional political parties and leaders went; there was a period of national emergency, with high levels of public angst. This led to emerging ‘Consumerism’. With post economic liberalisation, Print Media reflected the new wave of consumerism in India and there were  much-evolved audiences across the Hindi heartland. With Print media in Middle India, operating in multiple editions and sub-editions format, it was like creating a local community; it “clearly saw the rise of the local economy which was powering the growth of real India from within”.

Why does the Middle India matter? Mainly because half of India lives here, and it was a hotbed for entrepreneurships in India, which became growth drivers. This area decides the political destiny of India and this market accounts for 50% of Parliamentary constituencies and 40% of consumer spending in India happens here. Alok Sanwal maintained that undoubtedly, it is an advertisers’ favourite market! One such town in Middle India gave birth to one of India’s largest Media Houses – Jagran ke ‘Saat Sarokaar’. It is pertinent  that the editorial policy has had a clear focus on social responsibility, and the seven key areas that drive this thought are : Women Empowerment, Environment Conservation, Poverty Eradication, Population Management, Healthy Society, Educated Society and Water Conservation.

Enlightening the audience on talking to the Millennials, Sanwal emphasised that Millennials are an important theme in Middle India; they have a ‘voice’ and a ‘point of view’, they are ‘confident’ and carry a ‘positive attitude’. So Jagran Group’s inext – a young, urban-urbane publication of the group carries the same attitude. The three pillars on which inext stands  are : Information, Education, Entertainment. It also involves Crowd-Sourcing and Citizen Journalism.

Describing it as a conventional medium, operating on a new media grid, he explained that there is an integrated newsroom with over 3000 multimedia journalists, equipped with cameras, who have undergone training to feed both Print & Digital. Then there is the spread of the ‘language’; “language defines our cultural identity, and audiences take pride in their language,” he said. There have been large scale migrations to Metros leading to audiences wanting to consume content in their language; Tier II & Tier III India is anyways dominated by languages. The language Conversations Platforms  are – Print, and  Digital.

Coming down to some statistics, he demonstrated how Jagran New Media has many feathers in its cap.  It is the #1 Language Network on Web and with a Facebook fan base of over 9.8 Million, makes it the largest Language Newspaper FaceBook Page in Asia.

The last phase of his talk was focused on case studies where they partnered with brands, which created ripples in the market. They were creating new media solutions for Intel, when their challenge was to convert these non-intenders of PC into buyers; another challenge was to develop a multimedia, mass-level activation in order to develop a buzz in the bicycle category and, at the same time, push the purchase intentions for Hero Cycles.

Taking Pride in the Awards CART of Credibility, Authenticity, Respect and Trust

This is not my workplace. It is my home.

Is there a need for more engagement?