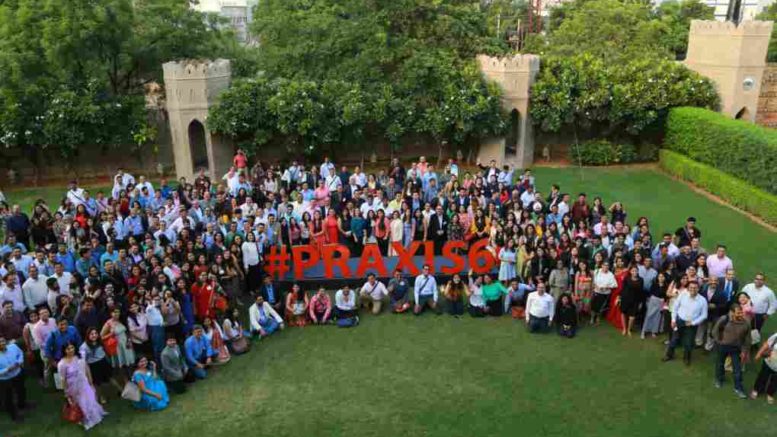 On 15th and 16th September when 606 professionals gathered in Jaipur for the annual summit that has now become a signature event in the calendars of the who’s who of Indian Public Relations many records were being set. In two parts of this column I will share the six things that stood out and the six things we did differently to make the initiative memorable.

First and foremost, convincing six global CEOs of the leading PR firms to travel to Jaipur was an achievement. Additionally, two women professionals in leadership positions were also invited as keynote speakers. Each of these six came in from different cities bringing in different perspectives.

Second, every constituency was given its due. These included young professionals, corporate communicators, independent firms and specialist communicators. Eighteen sessions were packed into 18 hours. There was no session that did not have a woman on stage.

A magnum opus in the form of a 60-page magazine was published exclusively for PRAXIS attendees, celebrating the 100 most important professionals in Indian communications. The special edition of Reputation Today was a major hit and is now available online.

Over 200 organisations were represented. For a weekend, offsite conference this is a major feat. The delegates came from major metros as well as from as far as Guwahati, Chandigarh, Ahmedabad and Shanghai.

Fifth, every single speaker was featuring for the first time on the PRAXIS stage with not a single repeat from the previous five editions. Something that very few events can achieve. We only repeat attendees, sponsors and the anchor.

Lastly, on behalf of every delegate we made a tiny contribution towards The Aara Project whose promoters will make a matching contribution which goes towards needy children looking at heart care.

Six things that we did differently

We introduced LED display screens on stage, moving on from the tried and tested vinyl flexes. This brought in an entire new dimension to the look and feel of the summit.

We created customised sling bags for every delegate partnering with a leading brand and ensured all branding was inside the bag and not externally visible because this is true public relations.

We installed a cut-out of the hashtag that became the congregating place for all selfies and group pictures. This last-minute decision has led to every other picture on social media showing glimpses of the same.

We gave every delegate a handful of home-made chocolates specially customised by a chocolatier to ensure a personal touch.

We partnered with brands to offer comfort to participants ranging from discounted rides on Ola, imported tissue papers from Renova, juices from Coca Cola company among others.

Lastly, we announced the date and venue for the seventh edition and within 72 hours had over 20 individual registrations. So, if you missed it you may block your dates for 28-30 September in 2018 to be in Hyderabad for #PRAXIS7. Register at bit.ly/PRAXIS2018

Be the first to comment on "What a fantastic PRAXIS, the sixth edition turned out to be!"

SPECTRA 2021: How influence and culture will catapult businesses in the future

Skills that conventional PR folks can leverage to transition to #DigitalPR

Communication for the new-age company