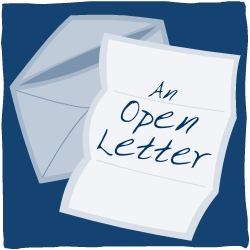 I’m writing to you as a fan of brand Indigo and an admirer of someone of your stature. Not too long ago I was a frequent flyer of your airline. Of the 25 domestic flights I took annually almost 20 were 6E. Over the last two years I began to feel that the brand I had come to admire, between 2007 and 2011 had begun to lose its charisma and I gradually drifted to other airline brands. I take 40 annual flights and none of them are Indigo. Will tell you why someday in detail. But the answers lie in what Southwest does in the US that Indigo does not do here.

I understand you are a lawyer by training. After reading the apology tweet and then the 7-page letter to the Minister of Civil Aviation – which has been leaked online either by your office or one of the recipients, which is also a sad way of dealing with the incident – I am convinced about what I had begun to feel in 2015. That brand Indigo had become arrogant, perhaps owing to the numero uno position and lack of credible competition.

Let’s never forget that customers do not exist for brands but brands certainly exist for customers. People can live without brands but brands cannot survive without people, who put their money to enjoy a brand. My first flight for 2018 was booked from Mangalore to Bangalore. After having seen the video of your staff who represent you and the brand I do not want to be a customer atleast till such time that I am convinced the brand is going back to being humble. I would certainly like my tickets cancelled and money refunded in full. I had the choice of other airlines on that sector but still chose your airline because I believed in it. Not now. Not atleast for a while.

Well, I am not taking sides. I do not even know the customer who was assaulted. All I can say is I do not want to face such a situation which came across as life threatening. Let me state some of my thoughts over the last 24 hours as a life-long student of reputation management.

I’m sorry my words seem harsh. But I write as a passionate believer in good Indian brands. And yours was one of them. And hopefully will be again.

We are all going by what we have heard and seen. Neither you nor I were at the site of the incident. You are going by versions of what your employees have told you and it certainly is your right to defend them. But this has only earned you detractors. (Read the Tylenol case study please.)

I’m not saying the passenger was right. He may or may not have been.

I am sad at the way you let this go out of hand.

I had forgiven the airline for cheating me when Bruce Ashby was the CEO during launch phase and his office had written to me apologising for short-changing me. Today, as an observer I feel ashamed that this incident happened.

If there is a shield of arrogance, you may choose to ignore this because Indians and the Indian media move on quickly. Trust me, as a student of reputation management I am sure this will become a case study about an Indian brand, which is much admired, going astray. Brands face crises from time to time and they tide over them. This one may not seem like a disaster. But I know several people who take one or two flights a year and chose Indigo but will not make that choice now.

I hope passengers like Mr Katyal never have to be stopped from boarding a bus to satisfy someone’s ego. If passengers like him provoke the staff put him on a no-fly list or complain to the police. And I hope employees like those we saw in the video exercise restraint, are trained in empathy and learn self-control.

I hope to fly on Indigo, someday again. But certainly not in the near future unless I see genuine remorse. All the best for the choices you make. I hope to get my flights cancelled.

You can buy this article: The rage around NFTs