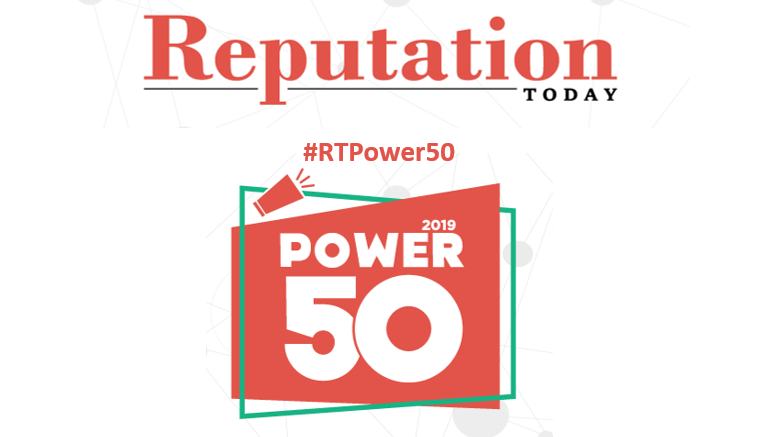 The Reputation Today Power 50 list, which is a compilation of names of men and women in Public Relations is brought out after much research and thought. In 2017 at the sixth edition of PRAXIS the first list of the 100 Most Important Professionals in Public Relations was unveiled. This listing in 2019 is in alphabetical order and is made up of four streams with equal representation. 25 men and 25 women. An almost equal number from corporate communications and from consulting. Some names seem like a surprise entry but each one has a story and a reason to be there. For those who feel they missed out, there is always a next time, unless one has retired by then.

The list also looked at ensuring that there were atleast 15% names from outside of NCR and Mumbai. Amazon, Flipkart, The PRactice, Biocon, ITC, Wipro, Adani and Dell made up that block. The list also had two Young Turks who are the only ones to have featured in a previous 40 under 40 list – the communication leaders at Google and Viacom 18. Their long stints at the current organisation surpassing a decade were the clinchers besides the influence they wield within the system.

We also looked at over a dozen powerful brands – global and Indian: Microsoft, Apple, Standard Chartered, Mondelez, PWC and the two cola majors besides Cipla, Indigo, Vistara, Taj Hotels and Hero. We included a public sector undertaking for the first time – Power Grid and a cooperative – IFFCO. These two gentlemen run very strong communities in addition to their full-time jobs. The super active PRSI Delhi chapter and the dynamic IIMC alumni network are powered by Naresh Kumar and Harsh Verdhan, which very few maybe aware of. This is the primary reason they are in the list.

Max, GE and SoftBank have very astute people at the helm driving its reputation despite the many issues it has faced in the last few months that have made headlines.

The Mumbai based conglomerates have interesting communication leaders, each handpicked by the leader of the conglomerate to drive group communications and they will be staples in any list – Godrej, Vedanta, Mahindra and Aditya Birla Group.

Unfortunately, there is no one single leader at the Tata Group and Reliance driving communications currently and it seems like more a team effort or driven from the Chairman’s office, which is why they did not feature.

At least ten more in-house communication leaders could have been in a list like this but missed out because we wanted to stop at 30 names, and they have been rather quiet. These include most auto companies, several of them who featured in the listing of best corporate communication teams. Besides these, leaders at organisations such as TVS, Bain & Co, GVK, GSK Pharma, Wrigleys and Samsung were in the shortlist, but we had to choose a dozen men and women from corporate communications and these narrowly missed out.

From the PR consultancies, the Top 15 firms by revenue were shortlisted. Only one partner, who was either the more prominent face or in case of both being prominent, the more senior was chosen. So, Rajesh Chaturvedi, Deepshikha Dharmaraj, Valerie Pinto, Kunal Sinha, Bobby Kewalramani, Nikhil Khanna were left out. Though they very well fit into a list like this.

The additional five firms were a mix of names who are driving communities of professionals with a unique sense of commitment. We took into account firms that had atleast two offices in the metros.

All in all, the list is about a set of men and women who inspire other professionals beyond their workplace. And have a great responsibility to speak out, write more and do award winning work that stands out. With power comes responsibility.

Be the first to comment on "With Power comes Responsibility"

The Future of Public Relations is this …

In Conversation with Rishi Seth