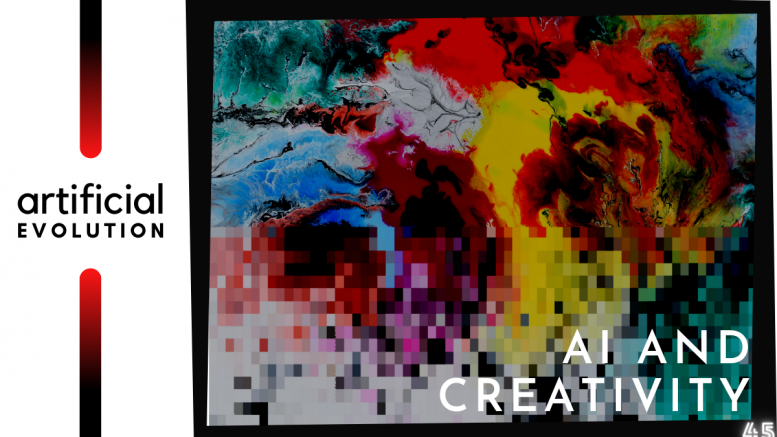 The struggle of creating

You are reading this in your mind

Every word, one by one

You retain some words, to others you are blind

Thoughts mesh together and then they run

You try to create

Find focus to make a thing

To teach one man or eight;

and create something out of nothing

Set your thoughts in line

Bend the way you think

Make your own design

Disclaimer: This three stanza poem was a collaboration between a Google AI project, the works of Robert Frost, Edgar Allan Poe and Ralph Waldo Emerson and the author of this article. The subject of poem “Creativity and its challenges” and the author’s contributions are limited to every odd numbered line and 6 words added or replaced. All other lines, subject structures and the rhyming scheme are provided by the AI.

When I first heard about Google’s new AI experiment – Verse by Verse, I scoffed. Why would anybody beyond the ‘literature and poetry types’ pay attention to this? It’s one of those things you might use for fun.

Then I started playing with it.

Churned out 11 poems in about an hour. Subjects ranging from the ‘importance of existence’ to the ‘life-cycle of a paper napkin;. Begs the question:

Has being creative become easier with AI?

What is creativity?
According to PsychologyToday:

“creative thinking involves making new connections between different regions of the brain, which is accomplished by cultivating divergent thinking skills and deliberately exposing oneself to new experiences and to learning”

Essentially creativity could be defined as a function of using multiple ideas and concepts to create something new that didn’t exist and is required/wanted.

Where does AI fit in?

In the 2004 Sci-Fi film, I,Robot (based on the Asimov short story of the same name) homicide detective Del Spooner (Will Smith) questions a robot regarding the murder of its owner. During the scene, Spooner asks the robot, “Can a robot write a symphony? Can a robot turn a… canvas into a beautiful masterpiece?” The robot responds, “Can you?”

Created in February 2016, AIVA specialises in Classical and Symphonic music composition. It became the world’s first virtual composer to be recognised by a music society (SACEM). By reading a large collection of existing works of classical music (written by human composers such as Bach, Beethoven, Mozart) AIVA is capable of detecting regularities in music and on this basis, composing on its own.

It learns from others. And writes it’s own symphonies. Hear this. I’ll wait.

First proposed in 2014, GAN based architecture for AI quickly became one of the more ‘original’ ways of solving problems. GAN or Genertative Adversarial networks is basically two AI networks that work as forger and proofreader. One designs, one corrects. Their roles are interchangeable and they’re really fast. One of the most popular GAN projects is thispersondoesnotexist.com. It learned to produce ultra-realistic images of human faces that, while they follow all of the rules regarding the way a human face should look, do not exist outside of the computer program. A different image everytime you refresh your browser.

Have we proved Detective Spooner wrong yet?

If we consider creativity to be pure information processing, it is easy to imagine that artificial intelligence replaces creativity in its entirety, but it’s more than that.

There is something unique about the human condition of creativity that AI is most likely never to replicate: it will never be aware. (This AI disagrees)

As humans, our creativity is based on feelings too. It’s the unique eureka moment, or the representation of others telling us whether we were or weren’t engaged in lateral thinking.

The human condition allows us to feel creative.

This has enabled us to understand human creativity and to develop programs that use creative people, with software acting not only as a tool, but as a creative collaborator. It has also been shown that the creativity of AI can be used to improve the work of human artists, whether through collaboration or behind the scenes.

People often forget that AI isn’t a thing in itself. Its a program that is based on the information available and (sometimes) biases that it’s creators may have.

It accents and elaborates.

It is innovative. Not inventive.

Everyday, custom AI experiments by IBM, Google, OpenAI or the 30 other large format AI collectives allow its users to do tasks faster, better and often, cheaper.

Human creativity, combined with machine learning, can be a great boon to the commercialisation of tomorrow’s world and really increases the value of creativity. The use of artificial intelligence (AI) techniques to give software creative behavior should be celebrated and democratised.

Chances are, you – the reader, use at least 1 basic AI tool that allows you to be better and/or more creative in your work and/or passion. It’s easy to become used to a predictive text keyboard that autocorrects our misspelled words or let video editing software ‘recommend’ the right template or transition. As human beings we don’t forget to challenge ourselves and work hard. However, there is a saying about working smart vs working hard.

For humans, AI does the former by doing the latter.

Be better than yourself.

For the curious, here’s step 1.

Be the first to comment on "AI and Creativity"

A moment of Pride to hang out with a Legend