The presence of the mass media has two main functions which are related to the economy and communications. To support the functions of communication, mass media seeks to present a variety of important and useful information to the public interest. In this regard, the media is often positioned as the “fourth power”, other than the Executive, Judiciary and Legislature. Of course, in favor of the communication function itself, the media also performs other functions such as: providing information, entertainment, knowledge that the public should be aware of.

In carrying out the principles of communication much less a “watchdog” of the community life, the media managers must be equipped with the knowledge and understanding of journalistic ethics. Thus, the media and the journalist must carry out their duties in a professional manner in order to achieve public interest and the wider community. Today, there are many emerging groups of media that manage a wide range of media: print, electronic and online media. This phenomenon clearly proves, economically media industry has also grown into a very convincing industry, which is able to provide huge profits for the managers.

In communications, media grows and thrives quantitatively. From the perspective of communication, it will broaden up a free space for every individual to communicate or access information. Communities will increasingly have the freedom to choose and determine which media they prefer and which ones to avoid. 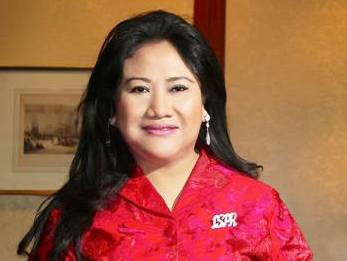 Prita Kemal Gani is an Influential Public Figure in Indonesia. Her educational background and her experiences in the PR industry in Indonesia and abroad has made her very keen and passionate in Public Relations. This passion gave birth to the London School of Public Relations (LSPR) Jakarta. Now in its 23 years of existence.
She was the first woman President of Public Relations Association in Indonesia (PERHUMAS) in the years 2011 – 2014. She initiated the Declaration of ASEAN PR Network (APRN) in 2014 to welcome the upcoming AEC 2015.
SHARE TWEET PIN SHARE

Be the first to comment on "Building Relationship with Media"

The power of storytelling – Part V

Effective ways to write ‘Notes to Self’