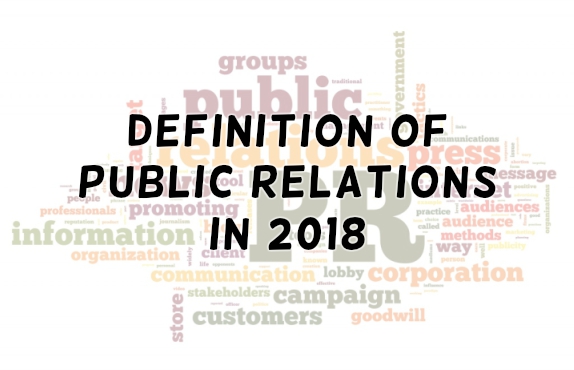 Public Relations is behaviour that enhances reputation which leads to curating content aimed at various stakeholders for good times and bad times.

This, to my mind, encompasses the essence of public relations. It is largely about behaviour that ensures a good reputation that is then directly or indirectly conveyed through content to customers, employees, journalists and others during regular times and during times of crisis. Well, with this definition it is clear that there is no Public Relations in a corporation or for a brand if it is not driven from the top. A CEO is the Chief Public Relations Officer of an organisation. He or she drives the behaviour of the company. If the company has multiple brands in the space of FMCG then the CMO plays the role of driving brand reputation. In either of the cases the Chief Reputation Officer works closely in enhancing reputation which includes building and protecting the reputation.

In India, the time has certainly come to bring together the Chief Reputation Officers on one platform for the development of the profession. I’m hoping atleast 100 of these come together to form a virtual association with benefits that make the coming together worthwhile. It could be called the Reputation Leaders Council for a start.

I’m willing to be the convenor for the first 12 months on a pro-bono basis. The Council should have a one-time membership fee and an annual subscription with clear-cut benefits that are transparently delivered.

Most importantly, the Council should aim to fix two issues plaguing the profession in due course – talent development and reputation measurement. India has the potential to offer the world solutions to both these areas that are long-standing concerns.

Will the Chief Reputation Officers come forward to co-create this council?

Can it be different from all other associations and make a real impact?

In another interesting development over the weekend an outspoken veteran film personality was agitating against a rabble rouser on a social networking platform. In his tirade he made wild accusations against the latter questioning whether he was paid to create negativity by PR firms and he named two firms as well. Fortunately, he named one with an incorrect spelling and another with an incomplete name. He may have done this because he was fed up with fake news or he just used the names from random memory as illustrations of what a PR firm is like. He has close to 4 million followers. There have been over 400 retweets. It is just unfortunate that such things happen in India and around the world.

For now let us focus on the definition of Public Relations and building a council of reputation management leaders.

Honey, I am getting a divorce

Have you identified your development zone?