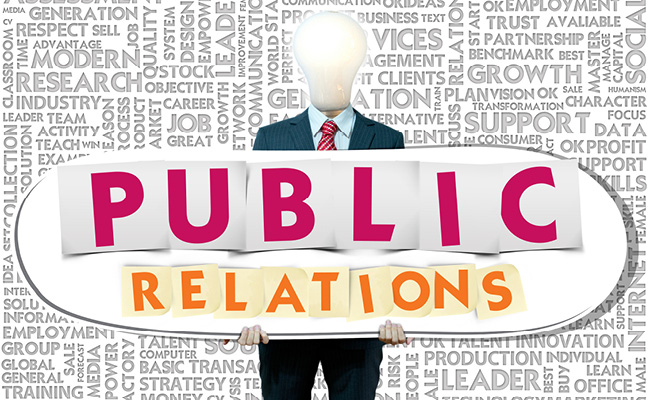 Last week, as news erupted of a crisis in Facebook following revelations of how UK-based Cambridge Analytica “harvested” user data in the social network to profile them psychographically and target them unethically, one Facebook post from a friend, Shubho Sengupta, a senior digital media professional, caught my eye. Speaking of Cambridge Analytica’s disgraced, suspended CEO, Alexander Nix, he said:

“Notting Hill, Eton Grammar School, and a couple of very sharp suits. Frankly, that’s more impressive than Alexander Nix’s psychographic big data claims. The man – and his company Cambridge Analytica – are total frauds who gamed a couple of very naive SE Asian politicians – and later Americans into parting with a few million dollars. The tall talk on swinging the Trump vote IS JUST HYPE. What they are, is a PR agency that does media releases, take journalists out for a drink, that sort of thing. Period.”

The language used here suggests PR is a low-skill or questionable skill activity.

It occurred to me then that public relations could do with some public relations exercises. My nearly three decades of interacting with professionals in the field suggests that it is not fair to colour them all like that, although it must be admitted there are some not-so-good ones quite active in the field. Yes, PR does involve media releases and taking out people for a drink (well, on that yardstick, CEOs of most companies are doing PR most of the time, I can assure you), but there are other skills including subject matter expertise and communication skills that involve more than schmoozing. PR also involves, like journalism, keeping oneself informed on a number of fronts and switching areas of interest in a manner that involves learning and adapting.

I recall that Rajiv Desai, an ex-journalist who founded IPAN (now changed to Hill & Knowlton) named his company that virtually pioneered PR as an independent service in India as Indian Public Affairs Network (IPAN) because, they say, the consultancy influenced public opinion, and did much more than public “relations.”

Not all politicians are corrupt. Not all journalists are biased. Not all doctors overcharge. Not all PR people are mere schmoozers.

Only last week, I had remarked in this column how PR people can be cerebral in their own way, defining their audiences and refining their communications, and deeply enquiring into whether their messages have hit home and if so, in what way.

The other point is that the “emotional quotient” in PR is often not seen as a skill or is patronised as a “soft skill.” Strangely, EQ is now a hot topic but a high-EQ profession like PR is underrated in conversations. This is partly because like journalism and showbiz, it has low entry barriers and attracts all sorts of people.

Recently, Naresh Agarwal, a UP politician who has just joined the BJP from Samajwadi Party after missing out on a Rajya Sabha seat, said he lost out to a nachnewali (dancing woman) in a reference to Jaya Bachchan, an acclaimed actor in her times. The lady kept her cool but it would have been appropriate to describe Agarwal, who has switched parties a few times, as someone who dances to the tune of the current client (I leave more colourful descriptions to your imagination). Agarwal did apologise later but you know how it is.

Like actors, PR people get branded in a manner that reflects the worldview of those who run it down. But a look at the Cambridge Analytica case shows that the folks who have exalted skills in algorithms and data science can have less human sensitivity and integrity than a decent PR person. I know a senior PR executive who quit a large listed company after he was told to plant stories on journalists. There are many shades of PR and PR people – just like any profession.

Should we now describe all data scientists as number crunchers, manipulators, cyberstalkers and fake news experts because Cambridge Analytica did what it did?

On a serious note, it is important for PR business associations to do some introspection.

Does the PR business have a code of conduct so that less enchanting practitioners can be “outed” or admonished? Turns out it does. Less than a decade ago, the International Public Relations Association launched an elaborate code of conduct that deserves attention. I found it impressive and hope to discuss it in detail sometime.

Journalists are often viewed in the light of codes of conduct maintained by the Information & Broadcasting Ministry, the Press Council of India or the News Broadcasters Association. The PR profession’s code seems to be a well-kept secret. While we are at it, we should be looking at a data science code of conduct sooner than later.

At least high-end, high-value PR firms in India must have their own club or rating mechanism, keeping in mind the IPRA code of conduct. I am just thinking aloud here but hope something can be done.

How to Increase Creativity in PR

Taking the team along