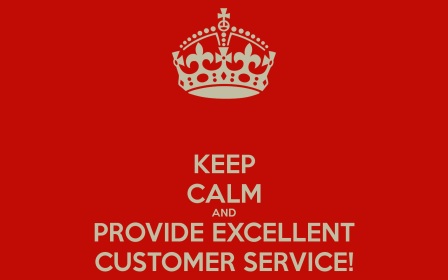 It’s been a season of letter writing and it’s time I wrote one to you. It was around this time ten years ago that I got my current number in the Mumbai circle when you were still Much. That was a brand that had endeared itself. And then your brand name changed to Bodaphone and we remained loyal. I moved to a different country for two years and still retained that number. And then upon my return to be based in another circle I ported from one circle and remained a fan of the brand. For no specific reason at all. In fact, I have changed loyalties with every other brand I use when they compromised on quality or increased prices. But with you I never bothered because of the affinity I had.

Well, everything seemed hunky dory until end of May when I discovered that I was being shortchanged. There were better plans but I was being offered one where I did not get the right value. Talking to the call centre executive is a nightmare as they have an undying love for chaste Hindi which is difficult to comprehend. That is why I had filled my application form in English so I would be spoken to in English. Well, the only option I had was to go to the store and the lady there realised I was a long-standing customer with a credit limit of over Rs 60,000/-  Also, her screen had a flash that said ‘Refuse To Lose’ which I realised meant that I was important for the brand because I gave the brand close to Rs 20,000/- annually from my savings.

She moved me to another data plan. In less than a week I realised I was on a wrong plan where I was being charged for every download and a warning message popped up. This time I called the call centre and begged them to talk in English which they managed to do. I was told that they would move me to another plan and I would have to visit a store to get a waiver on what was an abnormal charge. My monthly billing average was Rs 1700 with a 10% variation. I had rarely paid a bill of over Rs 2000/- except in that rare month when I was on international roaming.

Then a bill arrived which was Rs 3200/- and this was close to double of what I usually paid. As my deadline to pay approached I rushed to the store and met the same lady, who figured that a waiver had to be ordered and told me to not pay the bill despite the deadline being a day away because they would fix this. To my utter surprise nothing of that sort happened for an entire week. When I began to get pre-recorded warning messages that my calls could get barred, I went back to the store and offered to pay 50% of what I was billed till they sorted out the waiver. They promised to revert in a day but there was no luck till I went there and figured out that they had not acted on my plea. Well, they assured me that someone would call me in an hour and for the first time they were right. Someone did call me in ten minutes by the time I had left the store. The voice on the other end agreed to do me the greatest favour and waive off about Rs 900/- so all I had to pay was Rs 700/-. My next bill had gotten generated by then and the total was about Rs 2200/- I agreed to pay it in 30 hours. The call came at about 11 am and I mentioned I would pay the pending Rs 700/- by 5 pm the following day. However, someone who may have thought I would go absconding decides to pull the plug in about 24 hours. My outgoing had been barred. I loved the brand. But the brand neither loved nor trusted me. I had just booked an Uber to go from one meeting to another but I was unable to make the outgoing call. I then summoned an auto and rushed to the store. And they were absolutely not bothered that I was in deep trouble.

An arrogant Prerna at the store was fine if I wanted to port out despite all the errors happening at her and the brand’s end. I had made it clear that I was not going to take this lying low. I would only pay before the deadline of my next bill cycle, which was 14th August or pay immediately and port out.

I have several dear friends in the senior leadership of the company. I did not want to use their good offices but gave in, so that I could save myself some trouble. I wrote to one of them and he unblocked my outgoing and got someone to call me 24 hours later to resolve it. The best part, was a tweet I sent them got a response after 48 hours but no solution. Well, thanks to the friend I have my outgoing that was barred, lifted. I have never defaulted and never will.

Several Public Relations lessons learnt and the brand still has my loyalty, which is my stupidity.

A Loyal Customer, who is being tried and tested

Experience has always called the shots

Being customer-centric & stakeholder-centric can change the game

SPECTRA 2021: How influence and culture will catapult businesses in the future

#SCoReTalk – 5: Brands Across Geographies – Preparing for beyond the Lockdown