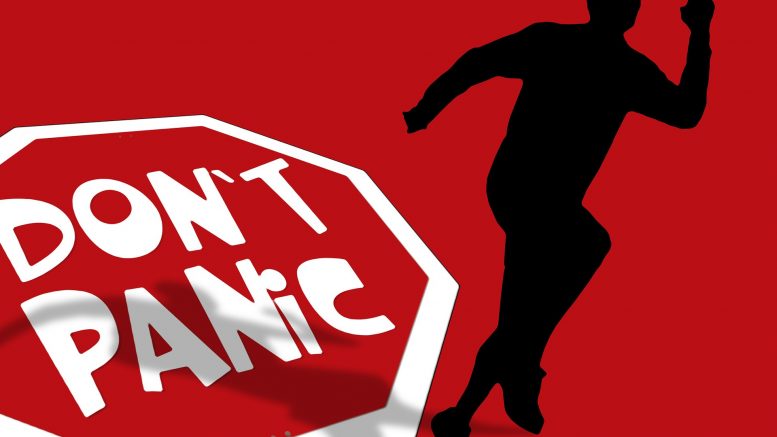 In continuation of the previous article, we look at the stages beyond the pre-crisis. As discussed earlier the crisis stage, begins with a trigger event. In a general context this could be the actual recognition that a crisis has occurred. Ever so often the trigger event is usually dramatic, a sudden occurrence that signals a severe disruption. In the context of disaster management, the trigger events are normally fires, explosions, floods or accidents. In the psycho-social context – any emotional distress could be a trigger. Emotions have always been a difficult concept to define. They are viewed as a subjective feeling with physiological bases that have an effect on one’s perception, thinking and behaviour. These are the signs to look out for and when to seek help.

In other cases, the trigger event may be much more subtle and involve a slow realisation that a crisis is developing as information is accumulated and interpreted. One of the most important aspect of being able to recognise and communicate to anybody in this stage, the warning signs, are 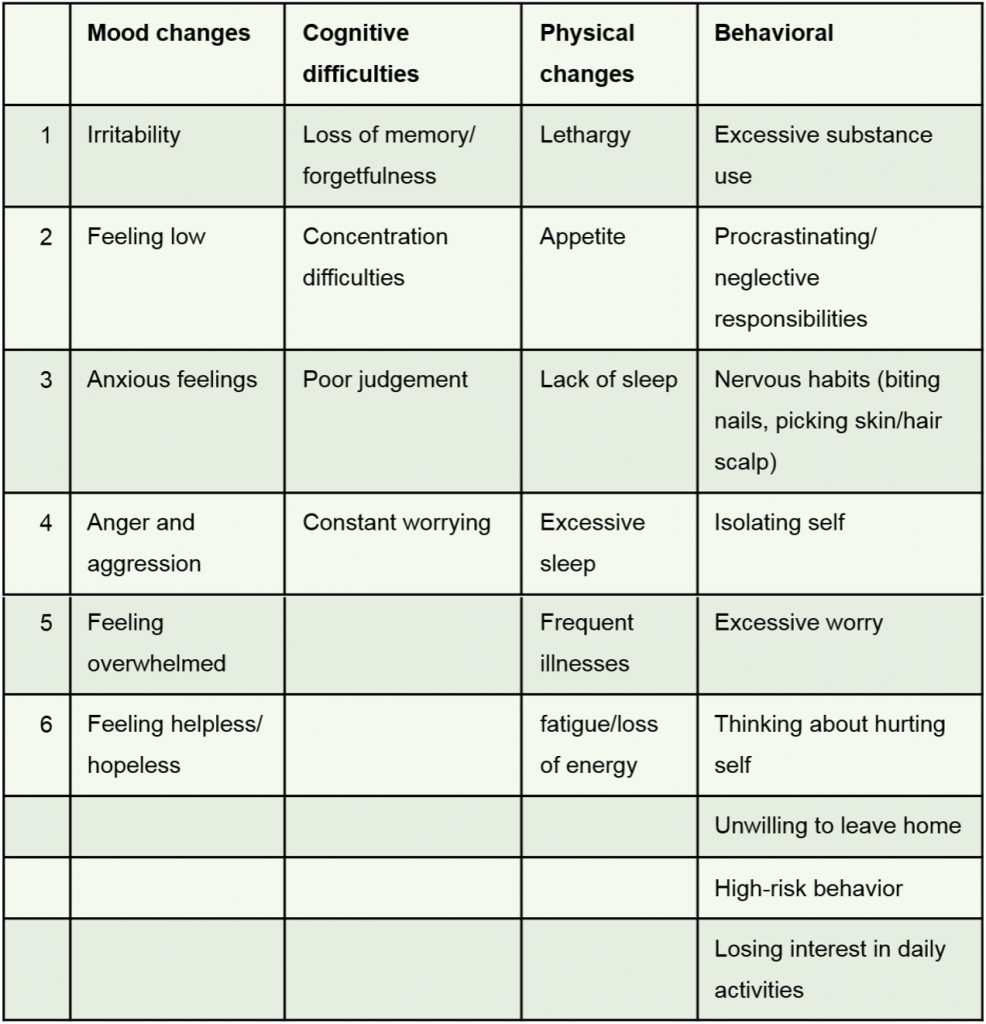 The recognition that a crisis has occurred is often accompanied by extreme emotional arousal, stress, fear, anger, shock, general disbelief and unfortunately, often denial. Panic in the form of extreme maladaptive responses, is a feature that in humans leads to an attempt of suicide or self harm. More often, it is the overwhelming confusion about what is happening that disrupts the basic capacity to understand. The crisis stage is where harm is initiated and where a majority of the direct damage occurs, psychological and or physical . Harm may take many forms and may extend beyond the boundaries of the immediate scene.

In both scenarios, the very structures and devices necessary to make sense of the situation often collapse, most often at the very moment they are necessary to help reconstitute order and respond. Mitigation at an unhurried pace, either through a self-organising processes and individual choices or actions and basic sense-making processes responses emerge. The key here that communication plays a key role.

A right approach to communicating gives both a sense of relief and a recognition of the loss that has occurred. Note, there is no right communication, only an approach to bridge the uncertainty of the crisis, ensure that both the threat and the crisis dissipate and some sense of order is re-established. It is also a time of intense investigation and analysis that includes efforts to create plausible explanations of what went wrong; why, how, who is to blame; and what should be done to prevent future crisis.

Fundamentally, either in psychosocial or in disaster management, these processes are efforts to make sense of the crisis by looking retrospectively at what happened and constructing and testing plausible interpretations. Often investigations are undertaken by external agencies, regulatory bodies and sometimes the courts. Much of the post- crisis determination of blame and responsibility involves elaborate arguments, strategies and accounts of explanation, excuses and apologies. These strategies, are grounded in the assumption that “restoring or protecting one’s reputation” is a primary goal.

The three-stage model has been used in case studies as a way of structuring the analysis of a specific crisis or classes of crisis. The pre-crisis, crisis, post-crisis framework has also been adopted by the professional community in public relations as a basic conceptual framework for understanding crisis and developing strategies for management. The model, however, lacks precision in its predictions and says little about the relationship between stages and how they merge, or about the larger processes associated with the stages. This is where the emphasis rests on communication.

The last two articles carry the title “Hyphen” the word is derived from Ancient Greek, meaning “in one” (literally “under one”).

Communication is the hyphen in a crisis, to indicate a missing element. Be an ally, communicate and help someone out.

Be the first to comment on "Hyphen – Part II"

The power of storytelling – Part V

Art of Balance in Communications