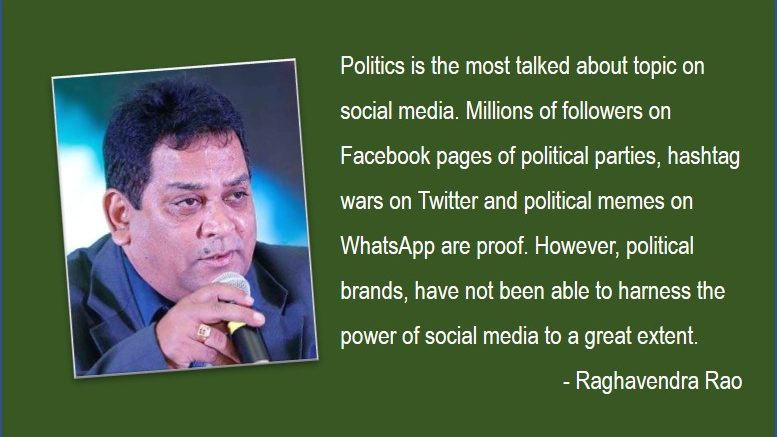 The traditional methods of campaigning are still ubiquitous in India with prospective political candidates going door-to-door distributing freebies, promising the well-being of people, extending courtesies, and portraying themselves as models of transformation and evolution. The reason these door-to-door and traditional campaigns have prevailed till now is the belief associated with personal contact and communication. However, the current wave of political engagement also has roots in the wider political climate. 2016 was a year of momentous events. Outrage and joy were simultaneously voiced through social media.

The sheer volume of such a social media outpour was too much to ignore, and hence brought the once-apathetic to express their opinions. The shock of politics in 2016 has successfully borne new interest and engagement in young people. The problem, however, is that this engagement remains, for the most part, in the glowing corners of social media. Tweets and statuses do not actually count towards polls. 49% of people have witnessed a political conversation actually turn into an argument between friends and they end up getting into virtual brawls and finally unfriending each other. So clearly, if we’re not careful, this charged political climate can lead to some serious problems among friends and groups.

It helps that politics is the most talked about topic on social media. That BJP’s Facebook account has over 10 million followers, Congress’s over four million and AAP’s nearly three million is proof. Hashtag wars between political parties set the trend on Twitter almost every day. WhatsApp, too, is flooded with political memes. However, political brands, despite the investments they make, have not been able to harness the power of social media to a great extent.

The average voter of today has terrific amounts of information available through smartphone, television and radio. The flood of information is changing the way in which voters think and make decisions. Politicians and political parties are directly facing the effects of this changing thought process through unexpected election results, shift in governance priorities and/or rise of collective movements. Recent years have seen a particularly strong increase in such voter responses and parties should study these closely.

Most political parties that are seeing the change in voting patterns, as well as the push for shifting policies and increased movements and protests, are changing their campaign and governance styles quickly. They foresee that the voter is changing and that the media is exposing them to the world beyond their households. However those who are continuing on the same path of playing caste politics and disregarding the changing world around them are inviting failure. Social media is surely changing the perception of voter very frequently hence no decision is static.

Meet your new compliance officers, all 500 million of them!

PRAXIS2022: How Public Affairs will look like in the New Normal?