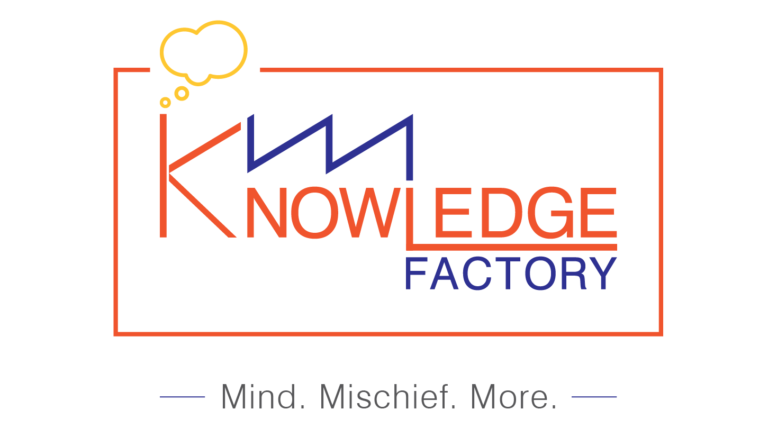 It’s been a long time coming. It is also probably the first of a kind collaboration at this scale where a journalist and two communications professionals came together to build a platform like no other. With the singular focus on celebrating knowledge and bringing together knowledge seekers and knowledge givers, who were referred to as catalysts. The seed was first sown when Madhavan and I met in 2014 and a follow up meeting in 2015 reinforced the belief we both had nurtured that a Knowledge Factory was doable. Then in 2016 he introduced me to Meena Vaidyanathan – a former communications director at several leading brands who currently runs her own change management consultancy. All we had was two words coined together – Knowledge Factory.

We began to put the building blocks together over several weekly meetings and then brought in a lean team to help execute the concept we had created. It was to be a two-day festival of ideas and insights. We threw in couple of quizzes as well to give the entire factory a different feel. We knew we had to bring in a sportsperson, a politician, a businessperson, a politician and an actor to make it wholesome. Madhavan’s goodwill and connections got us our first set of a dozen men and women who would speak at the factory. We needed to do more and make it truly world-class. We finalised a venue and started marketing the event to all and sundry as this was being built as an event for anyone and everyone who would be keen to gain knowledge from all spheres.

The toughest part of building a platform is to attract the right audience. And we managed to pull it off by putting all our databases to great use. Then comes the challenge of finding partners who can help us deal with the cost of an event which easily touches over a million rupees. Finding innovative ways to excite and enlist corporate partners needs a new way of thinking. And falling back on the goodwill of PRAXIS we managed to bring on board four partners, thanks to their corporate communications leaders for the intervention. It gives me immense joy to mention their names – Sujit Patil of Godrej Industries, Abhishek Mahapatra of Nissan Group of India, Sonia Dhawan of Paytm and Sonia Huria of Viacom 18. In addition, Karan Butalia of Axis Bank also supported this venture.

The two-day experience went off as smoothly as it could. This was possible due to a dozen team members from niiti consulting and The Promise Foundation and a Rockstar called Rini Simon Khanna. We had several other partners including book publishers such as Bloomsbury and Rupa as well as companies such as Sparklin Design, Integral Media, Adfactors, Avignyata, SAM events among others.

All in all it was an idea whose time had come. We hope to make it an annual feature by executing the Factory in New Delhi and Mumbai and offering a franchisee option to other cities. Because there is an unquenching thirst for knowledge and we see the potential to build on this an engage with young communities.

Be the first to comment on "Knowledge Factory is here to stay!"

The #AMEC Diaries: Notes on Measurement, Impact and the Intangible

Nothing can get the better of you, unless you want it…