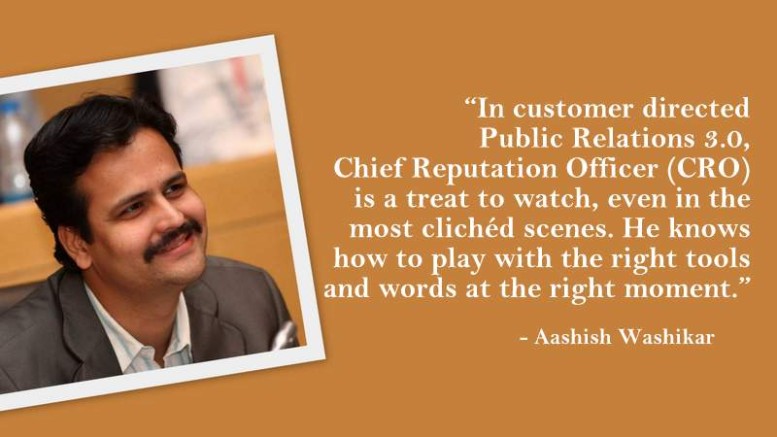 In customer directed “Public Relations 3.0”, Chief Reputation Officer (CRO) is a treat to watch, even in the most clichéd scenes. He knows how to play with the right tools and words at the right moment, in his own nonchalant style. And although aware of his limitations as a corporate player, he pulls off his roles with ease.

Take the case of the launch of a new telecom brand, where an attempt to do influencer marketing went wrong when celebrities tweeted the same congratulatory messages and created a huge dent on the reputation of that company. Scenes like these in PR 3.0 call for a perfectionist role named Chief Reputation Officer and are handled well.

The story of PR 3.0 is very intriguing and unpredictable. However I try to capture it as follows –

Action – by the brand, talking about their service offerings, which has lots of crowd pleasing moments such as offers, freebies and much more. As a lead role in the movie PR 3.0 Chief Reputation Officer has a key role here. He/she is responsible for strategising the sequences, arranging for the crew to manage the conversations and much more. . .

Comedy – this is the part of the movie when the brands start taking the customers for granted. In this sequence, the brand plays ‘fooling around’ and starts giving out dubious offers and full page ads just to keep the crowds glued to their website. CRO plays the ‘sanskari babuji’ and with his/her tactics such as third party endorsements, industry awards and corporate announcements helps maintain the image of the brand.

An ensemble of supporting roles such as media relations team, digital marketing agency are much under utilised. Media relations team, tries to prove their existence through a noteworthy coverage in the pink paper, but ends up making wasted efforts in the overall digital locale of the film.

Even though CRO, the lead actor shines in PR 3.0, it is the customer who is always the king and there is so much to learn from them.

Various production houses such as start-ups and new media companies are wanting to get this star on board, however we will have to wait and watch as time will only guide us. 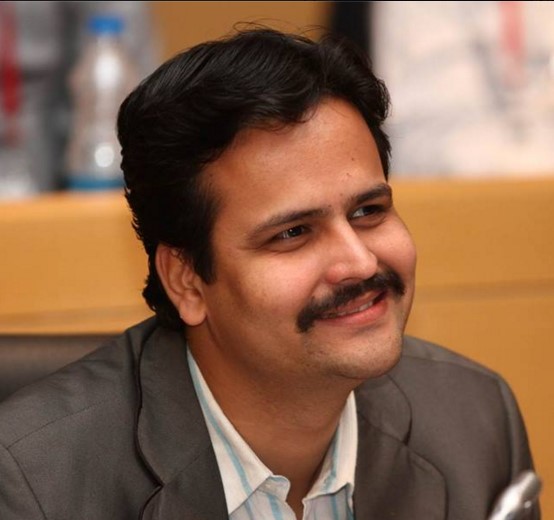 When one lives by Public Relations every day!

Be the first to comment on "PR 3.0 starring Chief Reputation Officer!"

Social Media: An essential item in the PR toolkit

Measuring GREAT because Public Relations is about just that