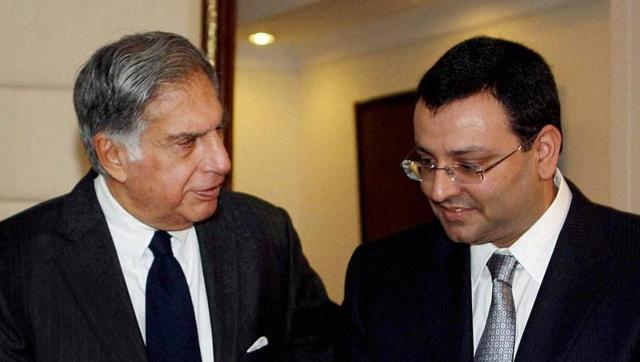 I wrote about the Reputation score of Ratan Tata and Cyrus Mistry one week after the ouster of the latter for Scoop Whoop. A week after my previous article I would think, purely based on the sentiment analysis online and general perception Ratan Tata has lost more sheen and Cyrus Mistry has gained some halo.

I’m reproducing some of what I wrote previously…

Tata Trusts gave itself the power to nominate, remove and appoint chairmen before Mistry took over. If the ousted chairman was aware of this reality, he should have never taken his office for granted. In hindsight, it seems like Cyrus was an experiment that the Tata Group tried due to the lack of a well-groomed successor and in less than four years the cracks had shown. The Tata Trusts also appointed Ratan Tata as the boss for life.

There are three other incidents in recent times of similar nature, but each is unique and important to recall to understand the reputation quotient in each scenario. First, in the world of politics way back in 1998 Sonia Gandhi replaced Sitaram Kesri because the dynasty has always been powerful. In the corporate world, the split in the Reliance Group in 2004 between the two brothers garnered a lot of news coverage for weeks together. Then in 2013 N R Narayanamurthy returned to Infosys post retirement as executive chairman in different circumstances.

The unfortunate situation in all the cases is the absence of robust succession planning. This is telling on the leadership in all organisations mentioned above. The biggest casualty is the reputation that gets a hit, especially in the case of the Tatas because of the dirty linen that will be washed in public.

While irreparable damage has been done to Cyrus Mistry’s reputation that was being built after he took charge less than four year’s ago, let us reflect on how this affects Ratan Tata’s reputation.

Before that, it is important to understand the history of the Tata group specifically linked to ownership and the professional relationship between the Mistrys and the Tatas. Also interesting to note that Cyrus Mistry’s sister is married to Ratan Tata’s half-brother, Noel Tata.

Eighty years ago, Shapoorji Mistry (Cyrus’s grandfather) had acquired Tata Sons shares from the heirs of eminent financier F E Dinshaw in 1936, seven years after Cyrus’ father Pallonji was born. Dinshaw had lent nearly Rs 1 crore to Tata Sons to finance its power unit in 1926 but the latter couldn’t repay the amount and, subsequently, the loan got converted into 12.5% stake of Tata Sons. Later, Shapoorji bought some more shares from JRD Tata’s siblings, thus increasing his stake to 18.5%. Legend has it that JRD Tata’s siblings in a fit of anger had sold their shares to the Mistry patriarch. The rest is history.

Reputation is key in all that unfolds. Some of it has eroded, some is at risk and some will stay intact. That which is at risk needs to be fortified.

A year from now when we look back at October 2016, either a tell-all tale in the form of a book or a movie inspired by the saga could put a lot in perspective. In India, people tend to forget easily and quickly. For now, everyone is throwing their few cents. And these were mine.

Be the first to comment on "The RepuTATAion of Ratan and the Mistrust of Cyrus!"

Great habits for those starting out