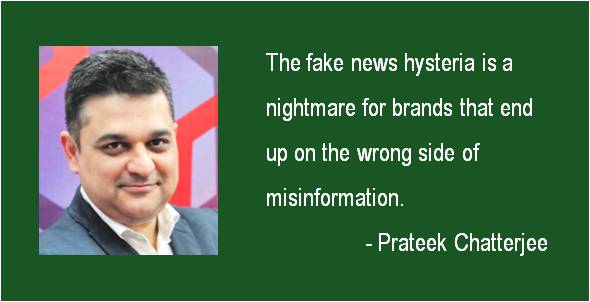 “The time has come,” the Walrus said,
“To talk of many things:
Of shoes.. and ships.. and sealing-wax..
Of cabbages.. and kings..
And why the sea is boiling hot..
And whether pigs have wings.”

Growing up reading Lewis Carroll and getting serenaded with his words and getting transported in time, fiction was still beautiful and believable. With the imagination going places and at times nowhere with Tweedledum and Tweedledee reciting the famous limerick ‘The Walrus & The Carpenter’ to Alice, a bizarre animal fable with symbolism as its core, it was immensely funny and a pleasant feeling to see the world through these words. But then times changed and so did people, and also the forms of fiction. And in the present context, satire took an ugly turn and took on the garb of fake news.

While the age-old axiom says that truth is always stronger than fiction, the growing fake news wildfire on the social media is making the saying to audaciously take a wrong turn. Social media users are taking the bending the truth game to a whole new ‘post-truth’ stage. The term ‘fake news’ is now sharing a common platform with ‘alternative facts’ with a spin.

The satirical use of fake news turned into a trend with the US elections. The increasing instances of communications being received and shared out of context has since gained wider notoriety. So much so, that even Facebook founder and CEO, Mark Zuckerberg had to recently admit that fake news on social media platforms, including his was a growing concern.

The year that went by also brought to the fore preposterous stories and theories ranging from a nano-GPS chip in the new Rs 2000 currency notes that could be tracked, the Rs 2,000 currency being declared the best one or UNESCO declaring PM Modi as the best Prime Minister. The exponential repetition of the story without checking of facts made it go viral exponentially and assume more believability. While the fake news conundrum had existed before as well, the unprecedented infamy and prominence gained by this phenomenon is mind-boggling. The phrase even hogged the limelight by being named Macquarie Dictionary’s word of the year for 2016.

Some call it a classic case of demand and supply mismatch. With more Internet news sites than actual news to cover around the world, there is a shortage of content being faced by news websites. Enter the growing tribe of armchair journalists using their imagination at times, or even the ever alert citizen journalists to put their opinion as news on the Internet.

Further fanning the growth of these rumour mills in the country is the technology tentacles spreading like wild fire. With a growing tribe of 160 million of WhatsApp’s one billion-plus monthly active users, 148 million Facebook users, and over 22 million Twitter accounts, this growing reach has made the quest for clicks ignore quality and favour quantity. These social mediums have created a channel for these sorts of manufactured stories to spread quickly and be more creditable. And with a mind-blowing number of news articles bombarding the reader – the velocity of these stories gives them an unprecedented authenticity.

WhatsApp being the prime enabler to fuel these rumour mills, the weakening common sense makes all the seemingly unimaginable fake news, no matter how preposterous it might initially appear, turning credible. It’s another matter when there were instances when even the hunter became hunted with another absurd claim that did the rounds stating that ISIS could be using WhatsApp profile pictures for terror activities.

Why should it worry brands?

Who can forget the infamous businessman in Gujarat, known for buying Rs 4.3 crore suit belonging to PM Modi in a public auction, reeling under the effects of the big news of declaring Rs 6000 crore of black money after Narendra Modi announced that Rs 500 and Rs 1000 currency notes would no longer be valid. Laljibhai Patel, the businessman in question, had to use the visual medium of TV to tell that the news was fake. Can one imagine the hit the man’s business and image must have taken with this fiasco?

Armed with varying motives of malice, mischief or financial gains, satire has often taken turn for the worst. In today’s world of citizen journalism, news goes viral in a flash. Worst, if it is bad news, it acquires a spin and speed that is virtually impossible to stop. Brands are more susceptible to a tarnished image today, than in any other day and age.

It takes years to build up a reputation but only seconds to destroy it (with all due respect to Warren Buffet). The fake news hysteria is a nightmare for brands that end up on the wrong side of misinformation. Remember the gnawing interest that was generated by the news of Axe deodorant being sued after failing to woo girls like its ad promised? A case of the missing Axe effect? Turned out it was a classic case of satire going wrong and catching the wrong fancy of the readers. The subsequent battle to fix a brand’s reputation is an uphill one.

The hallucinogenic cocktail of the online and offline world, consumer and shareholder activism, random decisions by government bodies, volatile social groups, and hatchet jobs by competing firms make it all too easy to fall from grace. The result! Loss of goodwill can play out in the form of decreased revenue, loss of clients or suppliers and loss of market share.

Crisis communication, a bedfellow of Brand Reputation Management (BRM) is entering a new era in this present digitally charged environment. The proliferation of fake news does carry real-world consequences and has the potential to tarnish the reputation of individuals, brands, businesses and organizations. Responding to fake news in the ‘Post-Truth’ (named Oxford Dictionaries international word of the year 2016) era, BRM needs to evolve to check the credence and veracity of the news doing the rounds even more stringently.

Seeing is definitely not believing in the age of social media. Since reputation can change in a moment depending on a bad review or highly publicized incident, it is important that companies are consistently proactive in managing their reputation, so that it doesn’t go where you don’t want it to. To control, or at least influence, the narrative about them, businesses need to become publishers and push their communication game with the public, employees and their shareholders.

The rules and tools of communications have changed with the risk factor riding high on vulnerability. It’s just a matter of time before the Walrus and the Carpenter too find their five-minute of fame… Lest the communicators don the hat of Lewis Carroll and wield their minds to rewrite the rules and even the limerick.

This article is part of series written by team leaders or professionals from the 30 Top Corporate Communication Teams powered by Kaizzen Communications. 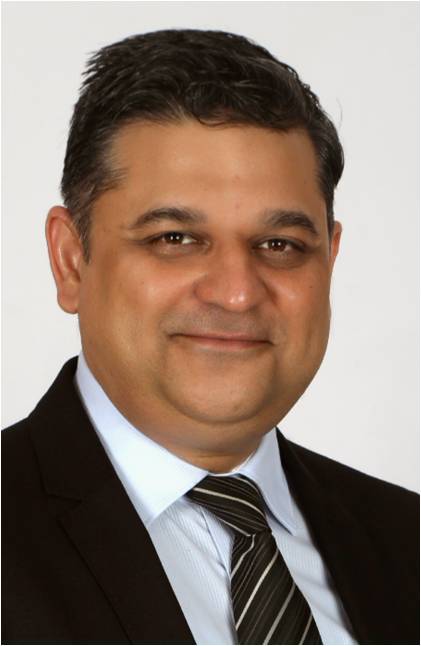 I was nothing, but for my teams